How Messi and Ronaldo could meet in the World Cup final

Argentina and Portugal have one last chance to win the World Cup for these playing legends. 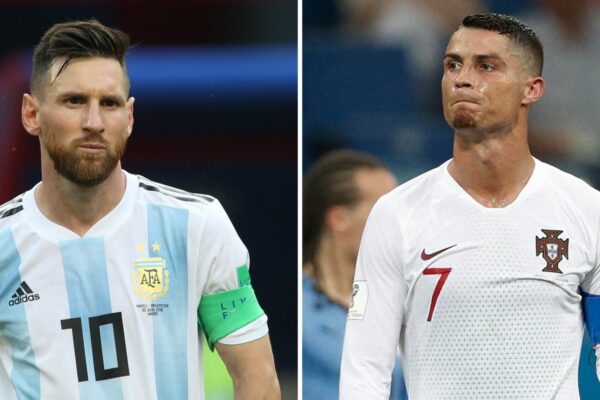 World Cup-bound Lionel Messi and Cristiano Ronaldo both have their fanatical supporters, who will argue until they are blue in the face that their man is the best footballer in the world.

ALSO READ: An idiot’s guide to the 2022 Fifa World Cup

If this is an argument that no one will ever win, there is a possibility that Messi and Ronaldo could meet later this year in what is undoubtedly the biggest game in men’s football – the Fifa World Cup final.

This year, the final takes place later than usual in Qatar, and with the draw released by Fifa recently, there is a distinct possibility that Messi’s Argentina and Ronaldo’s Portugal could meet in the final on December 18, should they be able to get that far.

Here, Phakaaathi will map out one possible route to the final for Messi and Ronaldo, for a game that would provide a chance for one of the globe’s top two talents to finally lift the biggest prize of all.

Portugal have been drawn in Group H, alongside Ghana, Uruguay and Korea Republic.

If Ronaldo’s side win the group – they are favourites to do so – they will then play the runner up in Group G – one of Brazil, Serbia, Switzerland and Cameroon.

If Portugal win that last 16 match, they will then set up a quarterfinal, that could pit them in a tricky match against Belgium, Germany or Spain.

Get through that, and England or France could well await in the semifinals, with Argentina and Messi to follow in the showpiece event.

Argentina, meanwhile, are also favourites to win Group C, which they share with Mexico, Poland and Saudi Arabia.

If Messi’s maestro’s play according to their stature, they will then play the runners up in Group D in the last 16. Group D consists of France, Denmark, Tunisia and the winner of an upcoming play-off between Australia and Peru.

If Argentina win that game they could well then play Holland in the quarterfinals, Brazil, Spain or Germany in the semifinals, and Portugal in the final.

Make of this what you will, but one definitive conclusion is that if Argentina and Portugal win their groups, as they are expected to do, the only place Ronaldo and Messi will be able to meet is the final, or the third-place playoff.

A meeting of the two legends of the game in a World Cup final most definitely has a chance.