What message is Allister Coetzee giving when he ditches his number two hooker after granting him a pitiful 34 minutes on the field? 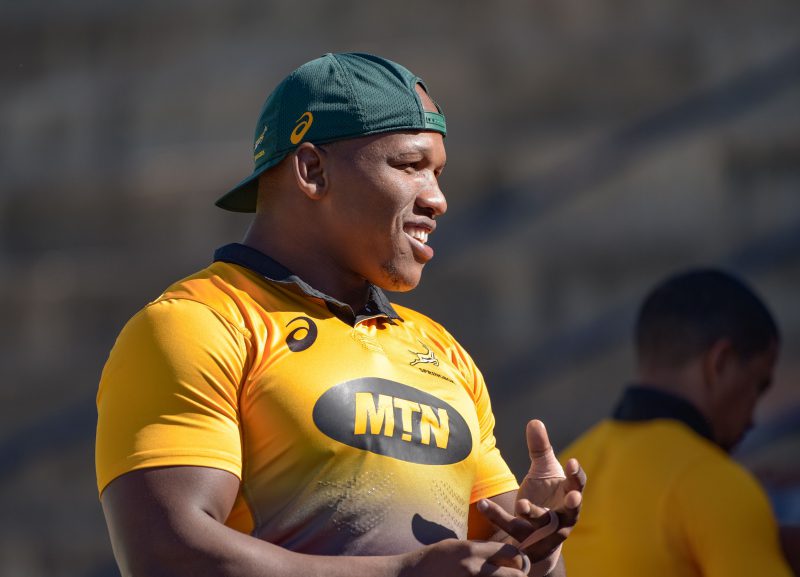 Bongi Mbonambi has been another victim of the Springboks' flawed transformation drive. Photo: Frikkie Kapp/Gallo Images.

While most people were eager to hear from Allister Coetzee why Raymond Rhule had been dropped for the Wallabies Test after clearly suggesting he won’t be, another controversial selection went relatively unnoticed.

The Springboks, after all, have set themselves a target of 50% black representation by 2019’s World Cup.

And the 31-year-old Sharks player is an experienced player.

But his selection is nothing more than a sham, a sign that tokenism disguised as transformation is still rife in Springbok rugby.

To understand this harsh statement, one needs to consider who Ralepelle is replacing – Bongi Mbonambi.

There’s absolutely no objective reason for Coetzee to have made that change.

Believe it or not, national teams still function with a player hierarchy.

Malcolm Marx is undoubtedly the best hooker in the country in 2017 and that’s why he’s started all seven Tests in 2017.

Mbonambi, the first-choice No 2 of the Stormers, has been his deputy in all seven of those matches because he’s, by all accounts, the second best in the country.

Ralepelle has been carrying tackle bags and seemed no more than a backup for an emergency.

The move probably would’ve been a bit more acceptable had it not been so totally unfair on Mbonambi.

It’s easy to say Mbonambi was part of the Albany fiasco two weeks ago – he played 23 minutes – but golly, what a game it was to be thrown to the wolves.

In fact, Mbonambi has been given a pitiful 34 minutes’ game-time in the Rugby Championship.

That’s 11% of the Springboks’ total game-time in the tournament!

How on earth can you judge a player’s performance when he essentially never gets onto the field?

It’s a real pity Coetzee is getting away with this because he actually shouldn’t be fooling anyone.

More importantly, it suggests the Springboks’ transformation drive remains as flawed as always.

Either Mbonambi (and Ralepelle) are only there to make up the numbers or they don’t trust Mbonambi enough to truly be considered Marx’s deputy.

He completed 997 minutes of game-time in the Stormers’ Super Rugby, an indication of coach Robbie Fleck’s trust in him.

But in Coetzee’s muddled, weird Springboks world he’s nothing more than a token selection.