Durban-born 'Shakebone' sets Twitter alight with his stunning spinning elbow blow at EFC75 at the weekend. 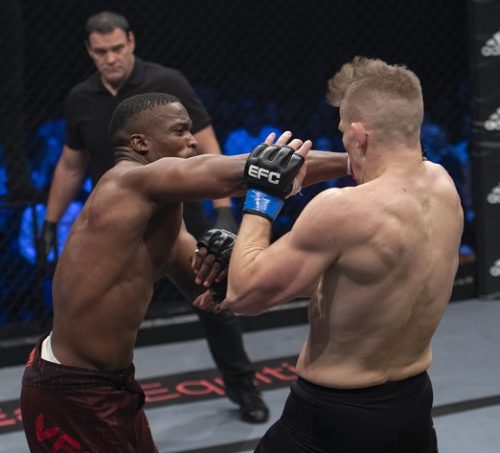 Local fighter Mzwandile Hlongwa set the Extreme Fighting Championship scene alight at the weekend with a “killer blow” at EFC75 in Capet Town.

Nicknamed “Shakebone”, the Durban local delivered what is being touted as the Knockout-of-the-Year after unleashing an unstoppable spinning elbow on Torbjørn Madsen, a Norwegian.

“One-Two! That was a massive shot. He set it up with a punch and he fell down like a piece of lumber.”

It didn’t take long for Twitter to christen the shot “Hellbow” in reference to his potent elbow.

Madsen was taken to hospital, but was discharged.