Euro final: ‘Kolbe one of biggest X-factor players in world’

"All of a sudden, there's no danger, the next second you're under your posts," said La Rochelle coach Ronan O'Gara about the Toulouse backline. 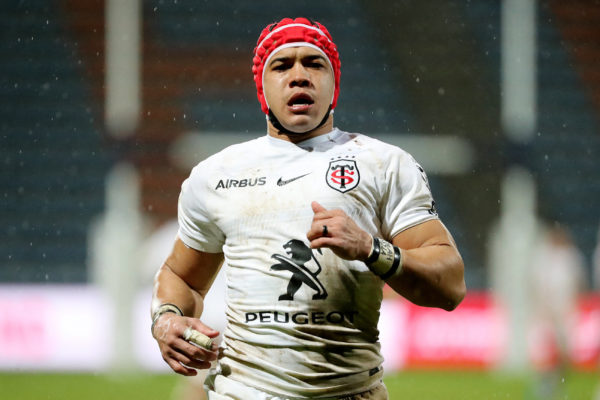 La Rochelle coach Ronan O’Gara has warned his side will be up against an attack few Test teams can match when they face the “X-factor” threat of French rivals Toulouse in this weekend’s European Champions Cup final.

Saturday’s showpiece match at Twickenham will see Toulouse bidding to be crowned champions of Europe for a record fifth time.

Former Ireland flyhalf O’Gara acknowledged the duo’s quality by telling reporters on Wednesday: “With Kolbe and Dupont, they (Toulouse) have two players with the biggest ‘X-factor’ in world rugby. All of a sudden, there’s no danger, the next second you’re under your posts.

“Even at Test level, there are very few teams that have a Kolbe and a Dupont in the same team.

“There isn’t a team that’s more deadly with the ball,” he added of Toulouse, the reigning Top 14 champions after last season’s edition was abandoned due to the coronavirus pandemic.

This weekend will see La Rochelle making their first appearance in European club rugby union’s showpiece match, but O’Gara, still the overall record-holder for points and appearances in the tournament, has plenty of experience to call on.

The 44-year-old Munster great made four appearances in the final, losing in 2000 and 2002 before helping the Irish province triumph in 2006 and 2008, when France’s Biarritz and Toulouse were the beaten finalists.

“A good student, a good player is open to how other people have failed,” said O’Gara, who will become La Rochelle’s director of rugby at the end of the season when Jono Gibbes departs for Clermont.

“The boys here would know how I failed in my first Champions Cup final when I was really, really poor,” he added of a 9-8 loss to English side Northampton at Twickenham where he missed four kicks out of four.

“For them to know that it’s OK to fail – and they’ve seen their coach fail many a time – that means that hopefully they can see this guy is vulnerable.”

O’Gara, has also had coaching spells at Racing 92 and the Crusaders — where he won two Super Rugby titles — since retiring from playing in 2013, said he’d enjoyed working with the likes of former All Blacks fly-half Ihaia West, France back-row Gregory Alldritt and Australia lock Will Skelton at La Rochelle.

“If the guys feel that they can trust me, then I’m sure that will make for a deeper bond between me and the players,” he explained.

“That’s very important, because it’s a long journey we’ve been on.

“It has felt that we’ve been in a good dynamic and we’ve been enjoying it. You’ve got to try and mix their forces together, get them playing for each other.

“But that’s easy. I like to create a collaborative atmosphere where you have to respect what your ball-players want.”