"There will be no additional play if a positive result is not achieved after five full days of play and the match will be declared a draw." 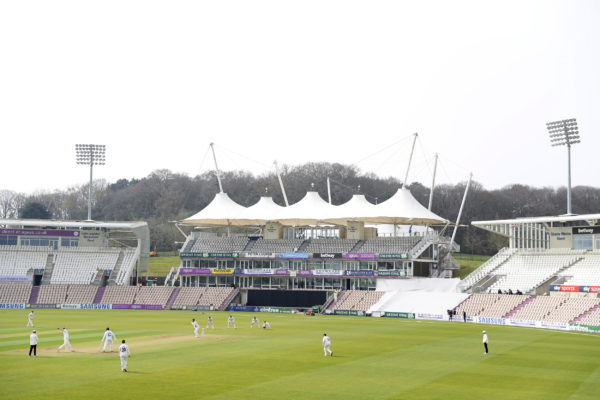 A general view of the Rose Bowl in Southampton, England, where the Test Championship final will be played next month. Picture: Warren Little/Getty Images

India and New Zealand will be declared joint winners of the World Test Championship if next month’s final ends in a draw or tie, cricket’s world body said on Friday.

The two teams will face off in Southampton, England from June 18 to 22, with June 23 kept as a reserve day only for lost playing time.

“There will be no additional day’s play if a positive result is not achieved after five full days of play and the match will be declared a draw in such a scenario,” the International Cricket Council said in a statement.

The contest between the world’s top-ranked sides will also see new adjustments for decisions come into effect.

The third umpire will now check any “short run” call made by the on-field umpire and communicate the decision back to the official.

Following their 3-1 series win against England, Virat Kohli’s India booked their place in the world final as the top-ranked Test nation.

Kane Williamson’s New Zealand secured their spot when a series between South Africa and Australia was postponed this year due to the coronavirus pandemic.