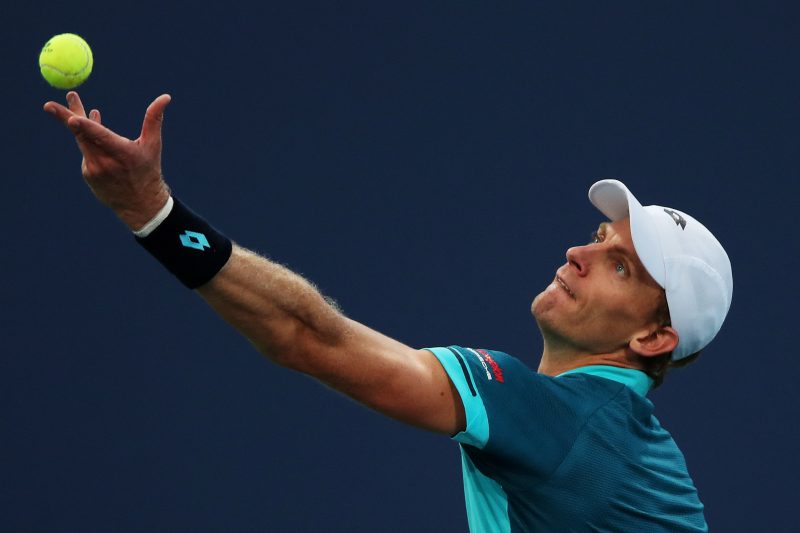 Kevin Anderson stormed into the quarter-finals of the US Open on Sunday night, progressing to the last eight of a Grand Slam tournament for the second time in his career.

The lanky South African defeated Italian player Paolo Lorenzi 6-4 6-3 6-7(4) 6-4 in their fourth-round clash. “I imposed my game early on but he is a terrific fighter,” Anderson told the event website after the match.

“He never gives in, and he fights for everything.”

Anderson had reached the quarter-finals at Flushing Meadows in 2015, where he lost to Swiss ace Stan Wawrinka.

After being sidelined by injuries last year, the 31-year-old US-based player made an impressive comeback this season, capped by his progress at the prestigious annual tournament in New York.

“The crowd was fantastic. That’s why I love coming back here,” he said.

Anderson would face Wimbledon semifinalist Sam Querrey of the United States, who carried the host nation’s hopes for the men’s singles title, in the quarter-finals on Tuesday.