He's the first South African to reach that stage in a Grand Slam since Wayne Ferreira in Australia in 2003. 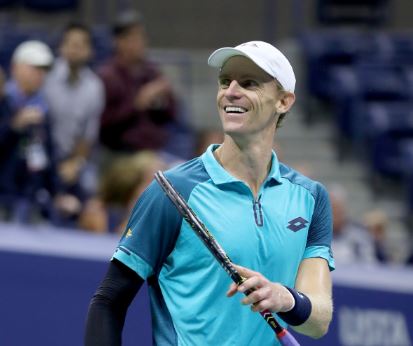 Kevin Anderson has delivered his best showing in a Grand Slam to date. Photo: Getty Images/AFP.

Big-serving South African ace Kevin Anderson enjoyed a significant breakthrough in New York on Wednesday morning, booking his place in the semifinals at the US Open.

Anderson defeated American player Sam Querrey 7-6 6-7 6-3 7-6 in their quarter-final clash, progressing to the last four at a Grand Slam for the first time in his career.

He became the first South African player to reach the singles semifinals at a top-flight tournament since former world No 6 Wayne Ferreira progressed to the penultimate round of the Australian Open in 2003.

“This is incredible. At this stage and playing on one of the most famous courts in the world (at Arthur Ashe Stadium)… getting through, it feels absolutely fantastic,” he told the tournament website.

Anderson, competing in the main draw at his 34th Grand Slam event, had previously made it to the fourth round on 10 occasions, though he had only once progressed to the quarter-finals at Flushing Meadows two years ago.

Taking another big step forward in his remarkable comeback from multiple injury problems, which virtually derailed his 2016 season, the 31-year-old player was gearing up to face Spanish No 12 seed Pablo Carreno Busta on Thursday for a place in the final.