He becomes the first South African in 52 years to reach the showpiece match but has Rafael Nadal standing in his way. 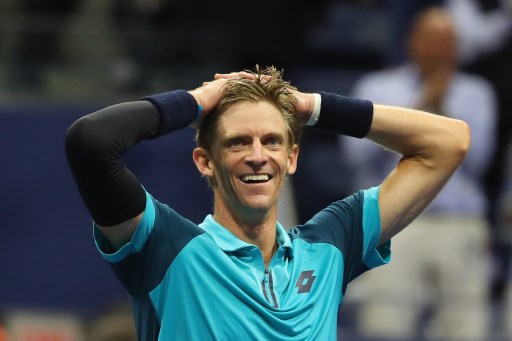 Fighting back from a set down, Kevin Anderson delivered another historic performance in the early hours of Saturday morning, progressing to the US Open final.

He became the first South African to reach the US Open singles final in 52 years, and the first to achieve the feat in the professional era.

Cliff Drysdale was the last SA player to do so, having made it to the trophy decider at the amateur US National Championships in 1965.

“It feels great to be in the stage I’m in and, more importantly, I have given myself a shot in the final and I will be playing for a Grand Slam trophy. That’s an amazing feeling.”

The 31-year-old player would face another Spaniard, world No 1 Rafael Nadal, in Sunday’s final.

While Anderson was a rookie at this level, Nadal was aiming for his 16th Grand Slam title.

Though the South African was gearing up for a battle, however, he insisted he would not change the approach which had worked for him thus far.

“I have to be 100% for my next match, but my body is healthy. I’m just a little fatigued,” Anderson said.

“Obviously I need to recover, and then I’m going to treat it like each match I have throughout these two weeks.