There's a new wave of optimism as the Danes also state that Marcos Ondruska's men are the favourites. 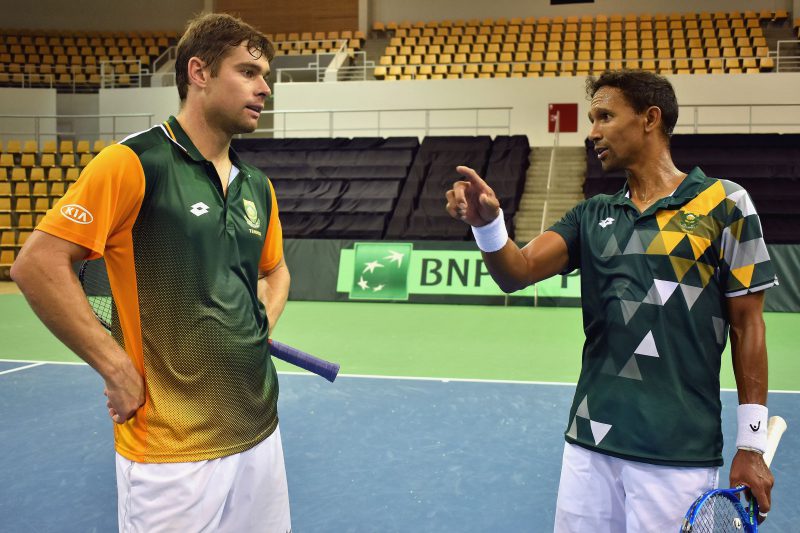 While the indoor hardcourt surface is expected to give hosts Denmark a boost, the South African team are confident of earning promotion in their Davis Cup play-off tie starting in Aarhus on Friday.

Spearheaded by 20-year-old prospect Lloyd Harris and doubles specialist Raven Klaasen, the SA team enter the three-day Euro-Africa Group 2 clash as the firm favourites to earn a spot in Group 1 next season.

“It’s safe to say that as a group they have never been in a better condition,” captain Marcos Ondruska said of the four-member team this week.

The national squad’s second-ranked player Nik Scholtz was set to open the tie against Frederik Nielsen, the Danish side’s No 1, it was confirmed at Thursday’s draw.

Harris, the SA No 1, would meet Denmark’s No 2 Benjamin Hannestad in the other singles contest.

In the doubles rubber on Saturday, Klaasen and Ruan Roelofse were scheduled to face Nielsen and Thomas Kromann ahead of the return singles matches on Sunday.

Though the home team were accustomed to playing on the slower indoor surface, the South Africans were relying on the experience they gained during practice this week.

“These players campaign around the world and encounter various conditions and they learn to adapt.

“We know it will be a slower surface but it is the kind of surface that could be a leveller.”

Denmark captain Kenneth Carlsen admitted, however, that the tourists were the favourites.

Klaasen was ranked 18th in the world in the doubles format and Harris was lying 230th in the singles list, while no members of the home team were rated among the top 300.

“The SA players are worldranked higher than ours,” Carlsen said, “so we know we are in for a tough tie this weekend”