Anderson out, Klaasen soldiers on at Shanghai Masters

South Africa's leading men's player suffered defeats in both the singles and doubles but reliable Raven is still in the hunt. 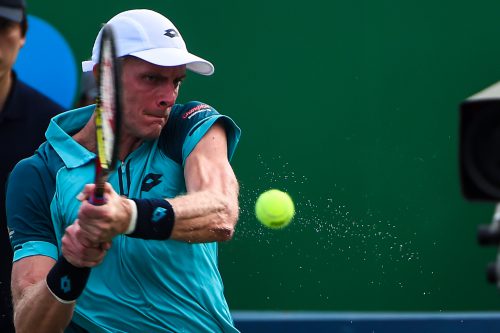 Former doubles winner Raven Klaasen was the last South African standing at the Shanghai Masters on Thursday, after Kevin Anderson crashed out of the prestigious ATP Tour contest in China.

Making a rare appearance in the doubles division, Anderson was eliminated in the second round with eight-time Grand Slam champion Nenad Zimonjic of Serbia.

They put up a fight in the first set but lost 5-7 2-6 to No 4 seeds Jamie Murray of Scotland and Bruno Soares of Brazil.

The lanky South African, who reached the final of the top-flight US Open last month, had gone down in a closely contested 6-7 6-7 defeat to German player Jan-Lennard Struff in round two of the singles competition on Wednesday.

Klaasen, meanwhile, remained in the hunt and was gearing up to join regular partner Rajeev Ram of the United States in the doubles quarter-finals on Friday.

The No 6 seeds were scheduled to meet Murray and Soares, both five-time Grand Slam winners, for a place in the penultimate round.

Klaasen lifted the Shanghai doubles crown in 2015 with former teammate Marcelo Melo of Brazil, but he was knocked out in the second round with Ram last year.

After winning the Indian Wells title in March, Klaasen and Ram were in search of their second Masters trophy this season.