No Anderson (again) but there’s for SA in Davis Cup

Captain Marcos Ondruska positive over a new rule that allows him to utilise depth better against Israel next month. 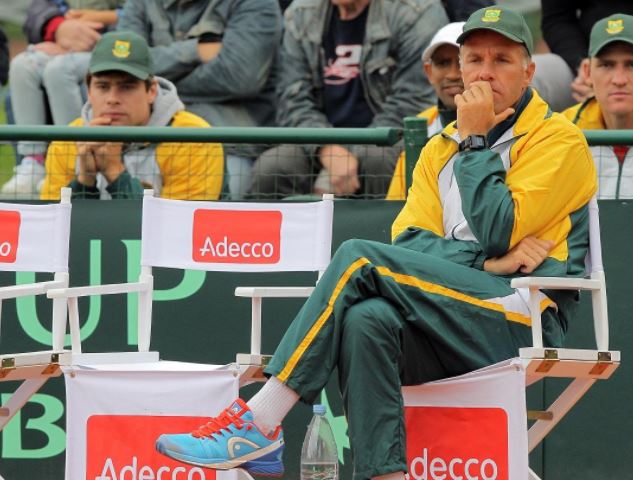 While they must again compete without the services of SA No 1 Kevin Anderson, as his lengthy hiatus continues, national Davis Cup captain Marcos Ondruska believes a new rule change could give his side a boost.

Unlike previous ties, however, Ondruska would not be limited to his four best players, and he would be able to utilise all five individuals in the squad if required.

Without the services of star player Anderson, this gave the South Africans a chance to utilise their depth and capitalise on the team environment they had created.

“The Davis Cup is a team event,” Ondruska said.

“It’s not just about individuals coming together and playing for South Africa, it’s also about getting to know each other and building camaraderie.

“I think that’s been built over the last two years, and it’s growing the whole time, so it’s good to have this team together, investing in each other.”

Having defeated Denmark in Aarhus in September, gaining promotion to Group 1, Ondruska said they were gearing up for a battle in their attempt to inch closer to the top-flight World Group.

“The competition is going to be significantly tougher,” Ondruska admitted.

“We’re just one group below the World Group, so we’re looking at playing guys who are among the top 10 in the world.

“None of the teams will be pushovers and it’s going to be very difficult, but we’ll do our best to step up and do what’s necessary to eventually get into the World Group.”