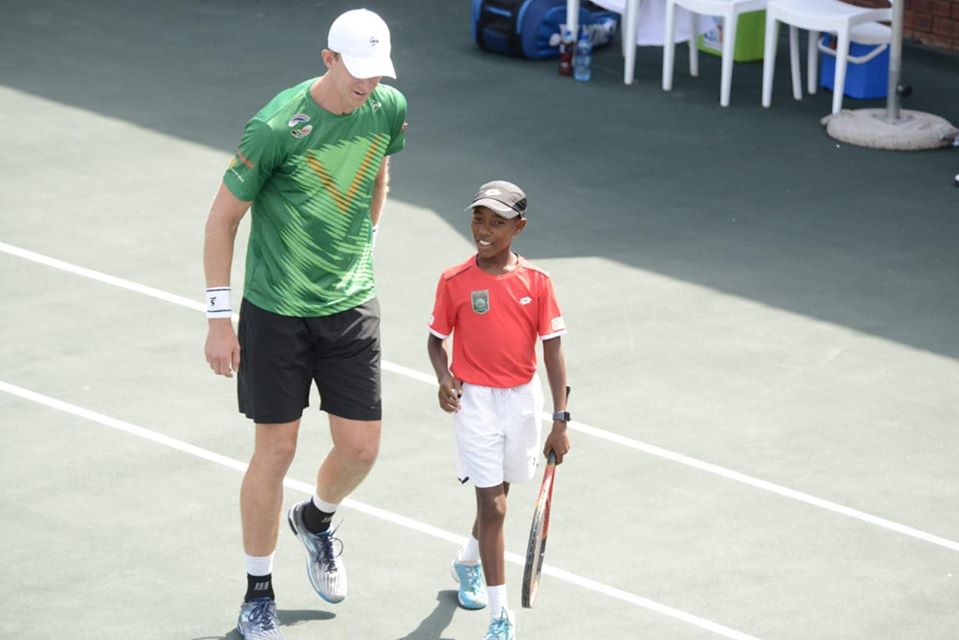 After returning to South Africa for a rare appearance on home soil, South Africa’s top two singles tennis players both believe this could be their year on the top-flight ATP Tour.

Having been eliminated in the early rounds of the Australian Open, Kevin Anderson and Lloyd Harris turned out in an exhibition match on Sunday on the sidelines of the BNP Paribas RCS Rising Star Tennis school finals in Soweto.

And while the result did not mean much in terms of his career, with the exhibition fixture forming part of a development youth festival launched by Tennis SA in an attempt to grow the sport, Anderson was in good spirits after securing a 6-3 3-6 11-9 victory.

“The first step was getting healthy again, and I’m happy with where I am,” said Anderson, who recently returned from his latest lengthy injury stint, after missing out on the second half of last season.

“It’s tough to come back after being away for six months, but I will keep working hard, as I’ve done my whole life, and if I believe in myself I feel my best tennis is still to come.”

Harris, meanwhile, was equally upbeat in the early stages of the 2020 season.

Though he was eliminated in the first round of the Australian Open last month, Harris had opened his campaign by reaching the final of the Adelaide International (an ATP 250 tournament) and he was hoping to take a few more steps forward this year.

“I feel like I’m playing good tennis, and it feels like this could be my year,” said Harris, ranked No 72 in the world.

“I want to break into the top 50 in the rankings and hopefully win my first ATP event soon.”