Kevin Anderson sails into third round at Melbourne ATP event

Should the event continue after a Covid scare, Anderson will next face Russian second seed Karen Khachanov. 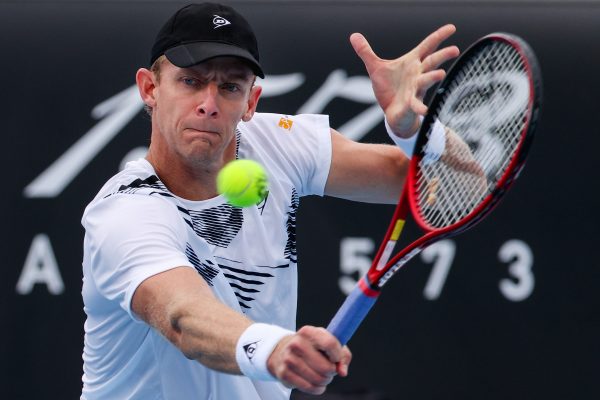 Anderson cruised past German world No 128 Cedrik-Marcel Stebe in the second round on Wednesday, winning 6-4, 6-2.

The event is one of two ATP 250-level tournaments currently being played in Melbourne as preparation for next week’s Australian Open.

Play at all Australian Open warm-up tournaments on Thursday was cancelled, however, after a coronavirus scare.

Organisers announced there would be no matches at any of the six ATP and WTA tournaments after up to 600 players and officials were told Wednesday to isolate and get tested because a worker at a hotel tested positive for Covid-19.

Anderson, No 82 in the ATP rankings and looking to climb the ladder after recovering from multiple injuries, had made an impressive start to the Great Ocean Road event on Monday when he beat Spanish veteran Feliciano Lopez 6-4, 7-5 in their first-round clash.

The former world No 5 is expected to next face Russian second seed Karen Khachanov, who is ranked 20th in the world.

Meanwhile at the other ATP 250 event, the Murray River Open, Anderson’s compatriot Lloyd Harris bowed out in the first round when he lost to Belarusian Egor Gerasimov in straight sets.

Harris, ranked 91st in the world, will now shift his focus to the year’s first Grand Slam starting at Melbourne Park on Monday.

The biggest names in the game, including Novak Djokovic and Rafael Nadal, are playing the ATP Cup teams event, which is also taking place in Melbourne this week.