Serena Williams withdraws from US Open through injury

Williams last missed the US Open in 2017 because of the birth of her daughter Olympia, but she returned to the courts in March 2018. 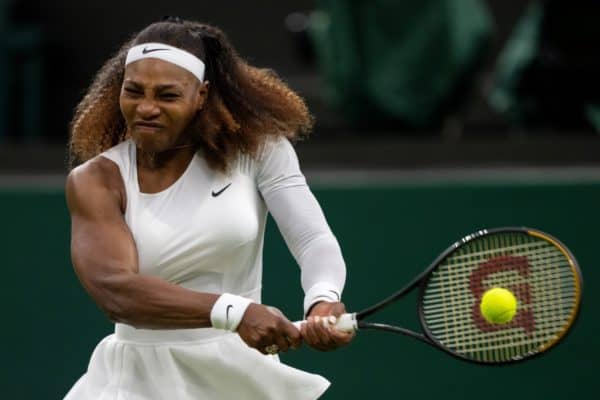 Serena Williams (USA) playing against Aliaksandra Sasnovich (BLR) in the first round of the Ladies' Singles on Centre Court at The Championships 2021. Held at The All England Lawn Tennis Club, Wimbledon. Day 2 Tuesday 29/06/2021. Credit: AELTC/Jed Leicester

Serena Williams has pulled out of next week’s US Open because of a hamstring injury, the 23-time Grand Slam winner announced on her Instagram page on Wednesday.

“After careful consideration and following the advice of my doctors and medical team, I have decided to withdraw from the US Open to allow my body to heal completely from a torn hamstring,” wrote the 39-year-old American.

Williams, who has not played since a tearful first round exit at Wimbledon when she hobbled off court during the first set against Aliaksandra Sasnovich, is a six-time winner in New York.

She missed last week’s event in Cincinnati in a bid to get fit for Flushing Meadows and said she hoped “to be back on the court very soon” but her hamstring ultimately failed to recover in time.

Williams, whose ranking has now slipped to 22, won her first Major at the 1999 US Open as a teenager, the first step on her path to domination of the women’s game.

She last missed the US Open in 2017 because of the birth of her daughter Olympia but she returned to the courts in March 2018.

She went on to reach the final in 2018 and 2019, losing to Naomi Osaka and Bianca Andreescu respectively before losing last in the semifinals to Victoria Azarenka, all of which added to her frustration as she attempted to equal Margaret Court’s record of 24 Grand Slam singles titles.

“New York is one of the most exciting cities in the world and one of my favorite places to play — I’ll miss seeing the fans but will be cheering everyone on from afar. Thank you for your continued support and love. I’ll see you soon,” she wrote on social media.

Williams is the latest big name to withdraw from the US Open following multiple winners Rafael Nadal and Roger Federer as well as the 2020 men’s champion Dominic Thiem.

Four-time winner Nadal, 35, withdrew because of an injury to his left foot that has troubled him since his defeat in the semi-finals at the French Open in June.

Roger Federer, 40, who won the last of his five US Open titles in 2008, said he needed further knee surgery and admitted he “will be out for many months” while Thiem has failed to recover from a wrist injury.