Lloyd Harris breaks through with third-round win at US Open 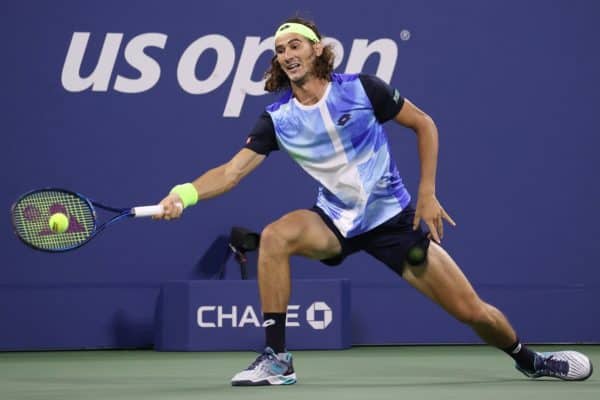 Lloyd Harris reached the fourth round of a Grand Slam tournament for the first time in his career on Saturday with a stunning victory at the US Open.

Harris set up a fourth-round clash with American player Reilly Opelka, in search of a place in the quarter-finals.

“I was very pleased with the focus,” Djokovic said. “Maybe at some points I wasn’t my best, but I was determined and focused and that made the difference.”

The 34-year-old Serbian star advanced to a fourth-round matchup on Monday against 99th-ranked US wildcard Jenson Brooksby.

Reigning Wimbledon champion Barty won 11 of 14 games after dropping the first set, only for Rogers to capture five of the last six games for a shocking 6-2, 1-6, 7-6 (7/5) triumph.

“I didn’t want to leave,” Rogers said. “I just said make balls, try to stay in this match, it can’t get any worse, you’ve lost to her every time.”

Rogers had dropped all five prior meetings with Barty but would not be denied, breaking the Aussie as she served for the match in the eighth and 10th games as the crowd went wild at Arthur Ashe Stadium.

“I was just trying to stay in the point longer than Ash,” Rogers said. “I was happy with myself for sort of problem solving. I’m just so excited to be moving on to the next round.”