Meander from Jozi to Bloem

Three-star heaven on the Vaal and in the city of roses. 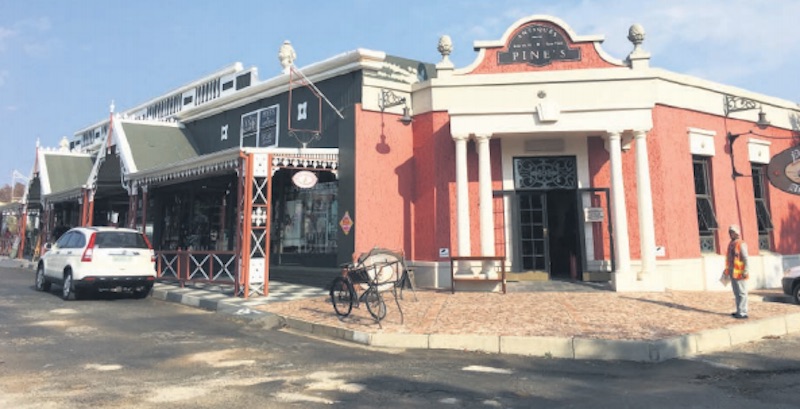 Everyone in the bus was discussing what the first books they ever read were. From The Faraway Tree to The Famous Five, all seemed quite normal.

While I was in a bubble listening to the new Die Heuwels Fantasties album, all eyes were on me to give an answer. I blurted out “the Bible”, which is technically true. These are the sort of conversations that make roadtrips memorable.

A roadtrip is an excercise in the human spirit and two weeks ago I went on a special one.

The invitation came a few days into May.

Bon Hotels is doing their annual media trip and I’m invited. We are to meet at Bon Hotel Midrand, hop on a bus and spend the night on the banks of the Vaal River at Bon Hotel Riviera on Vaal before going to Bon Hotel Bloemfontein Central where we will again spend a night before returning to Gauteng.

Here’s your guide for your own Bloemfontein trip on a thrifty budget, but with oodles of unforgetable experiences.

FALL FOR THE VAAL

Bon Hotel Riviera on Vaal is about an hour’s drive from Midrand and the trip is quick and fuss free.

The Vaal, a playground for weekenders, has its charms – and the hotel expands on this. One of the main drawcards is the Aqua Lounge – a Vaal River booze cruise which is a real bargain.

Ours was at night so I can’t talk about the sights but there’s nothing quite as much fun as sitting on a boat with a full glass in the middle of a body of water reflecting that just a few hours ago you were nose to the computer screen, working.

It’s a good life next to the river. The hotel (as with all the Bon properties) is affordable. That does mean they skimp on luxuries, but everything is more than adequate.

The next morning after breakfast we’re ready to leave for Bloemfontein, with a stop in Parys in the heart of the Vredefort Dome.

MEET ME IN PARYS

The small Free State town has a long history of being a weekend retreat for urbanites tired of the city. Parys is not only charming, it’s the perfect half-way stop between the Vaal and Bloemfontein.

Quirky shops line the town’s streets but if you really want to pick up a few bargains please visit Parys SPCA Charity Stop.

I used our 60-minute stopover to trawl the shelves of the dusty old store on Philip Street, one of the town’s main drags. As with all charity stops there’s a lot of rubbish, but as they say, one man’s trash is another man’s treasure.

For R40 I walked away with two Stephen King novels, a book called Borzoi (unfortunatelly not about the dogs beloved by Russian nobility) and I almost picked up a VHS of Murder She Wrote.

I was also drawn to beautifully tacky ’80s formal gowns for women that exemplify the term “material explosion” but I thought it would be a stretch to buy these kitch dresses for no real reason.

Other worthwhile stops include the Dog and Fig Brewery for a quick cold one.

Visit parys.co.za to familarise yourself with the town – but don’t be scared to just park in the town centre and explore on foot. There’s a lot to see.

After Parys it’s another few hours before we get to the landlocked, history-filled and incredibly fun Bloemfontein, The city centre is an unexpected place for a hotel – yet Bon Hotel Bloemfontein Centre is a great jump-off point to explore this buzzling cityscape.

The hotel (if you’re staying in floors three and up) offers great city views.

But don’t let the city’s bright lights blind you – there’s a lot to do before returning to your room for a good night’s rest.

We explored the city via bus, going over on-the-fly facts before visiting the National Women’s Monument comemorating the death of 27 000 Boer women and children who died in concentration camps.

The monument’s museum gives an overview of Afrikaner history and the Boer War with new information added regularly. This includes the inclusion of black South Africans who also lost their lives in similair camps or at the hands of British forces.

After the monument we zipped over to the famous Naval Hill.

This landmark is now home to a Nelson Mandela statue that overlooks the area where the ANC was founded by John Langalibalele Dube in 1912.

If you’re visiting on a Saturday, Naval Hill is home to its very own parkrun, if you’re the running type.

We spent our Friday night at church (one of the reasons I probably blurted out the Bible as my first ever book the next morning on the bus) with the NGO Towers of Hope who hosted us for the STRE37 Project where corporate leaders are exposed to the realities of life on a city street in winter.

While it provided insight into the lives of vulnerable people, it also gave exposure to the soup kitchen and other projects run by Towers of Hope.

No matter where you are in the country you can help the project by visiting towersofhope.org.

Modern men who set the trend