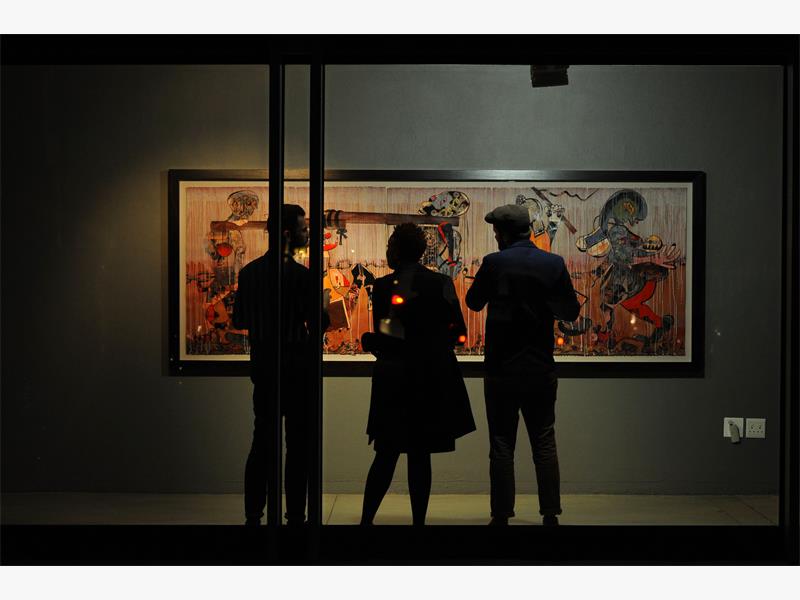 Armed with a surrealist brush, Ngobeni’s In His State Of Madness exhibition deals with this subject matter in a more aesthetically satisfactory manner than his previous work.

The performance by the artist on the exhibition’s opening night in Johannesburg tied in with his paintings as he emerged in an orange convict uniform. A contraption worn above his head included a ghastly frozen cow head. This was a bit much for guests to take in, especially when Ngobeni approached them. A little trolley filled with dolls followed Ngobeni’s every move.

While this element played an essential part in the exhibition, it was also a reference to the artist’s own brief incarceration some years back. The trolley referred to the responsibilities that are left behind in the outside world, but which follow you even if you are in jail. 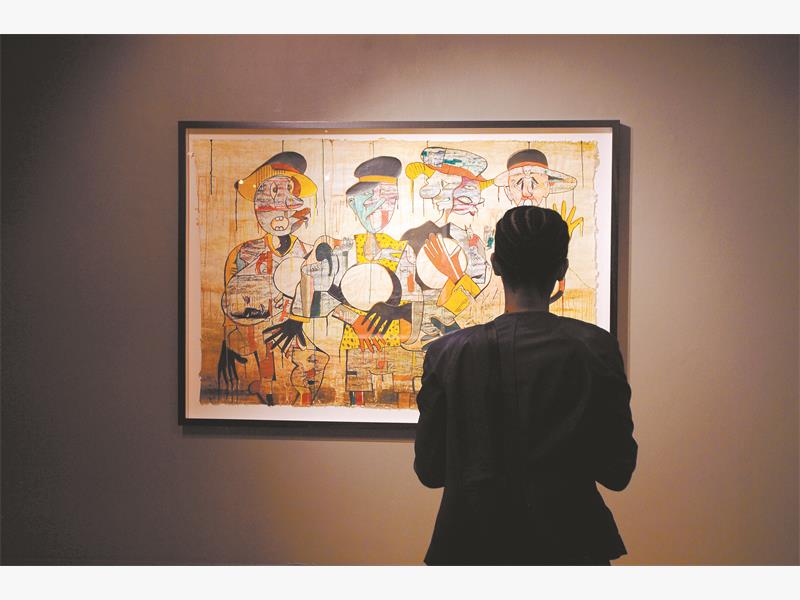 Ngobeni was communicating the bondage that exists in society today despite the constitutional democracy and freedom that South Africans are meant to enjoy. The piece Democratic Slave Master captures this notion splendidly, as it explores contemporary modes of exploitation that are not necessarily enforced but which happen voluntarily.

The painting depicts individuals who carry a lot on their shoulders in pursuit of a secure existence. It can also be read as a lament on capitalism and the forces that seek to maintain high profits at the expense of the poor.

In dealing with political topics, Ngobeni could not ignore President Jacob Zuma and Nkandla, the subject of the exhibition’s title piece, In His State Of Madness. The piece speaks of confusion as it illustrates a carriage being pulled in different directions with the aim of those involved satisfying their own ends at the expense of the people. In Street Walker, Ngobeni captures the anxiety of city life caused by fear of crime and how the people’s psyche is affected when they have to exist in that environment.

Coalition talks: Maturity of political parties put to the test
3 days ago
3 days ago

Coalition talks: Maturity of political parties put to the test
3 days ago
3 days ago