Bruges is a regal city filled with majestic architecture and great shopping for any visiting tourist. 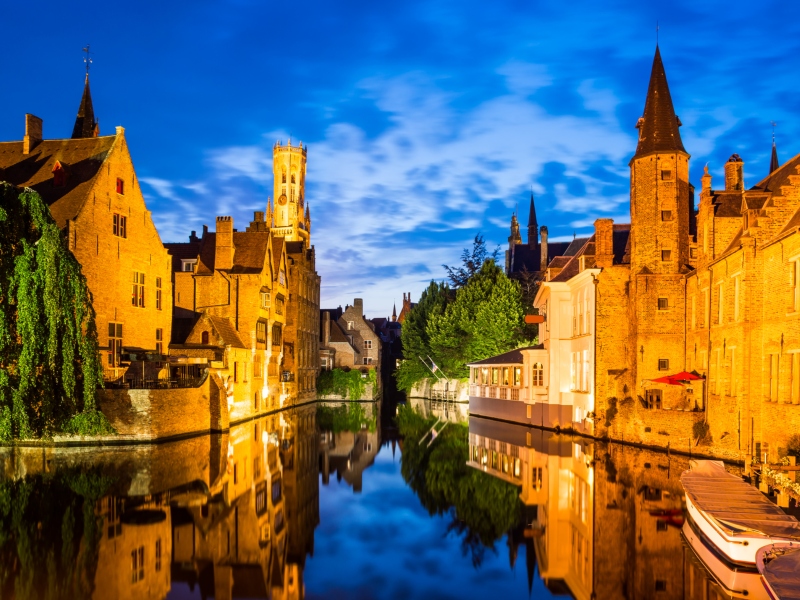 There are a few cities in the world that aren’t filled with smog, traffic and buses. The breathtaking Bruges is one such city, a medieval town which is the largest city of the province of West Flanders in Belgium.

Bruges was a short stop on a vacation though Europe and what stood out were the buildings. The architecture is best described as regal. There were towering buildings with rooftops shaped like sharp peaks or spears.

Some of these majestic buildings housed travellers who came through the port, as well as Vikings around the 13th century. I have a special affinity to any cathedral-like structure, so I was drawn to all the main attractions ,one being the Belfry of Bruges. It looks like a church but it’s not, it’s a former municipal building.

Originally a city of trade, today it’s a great shopping spot for any visiting tourist. It’s also a city where a brown face is rare … many Africans have integrated into Belgium (mostly from French speaking countries) but I hardly saw any on my visit.

When I did, we would greet each other as though we were long lost relatives. I was a true novelty and many older Belgians – who are very polite – came up to me and started touching my skin, fiddling with my braids to check if the plaits would unravel. An older man attempted to speak broken English with me and asked me if the chocolate rubs off. I told him I’m African and he smiled.

One would assume Africans are seen everywhere, but we are not and there are places where we are marvelled at. Even the babies would smile and reach out.

I was the first to get served in all stores and was constantly asked where I was from. The cynic in me says I was served quickly so they could get me out of there. Or maybe they appreciate travellers, because trade gave birth to their city.

I was fortunate enough to be there when a gallery was exhibiting pieces by surrealist painter Salvador Dali.

His works are something to marvel at and, because security was lax, the thought did cross my mind about how easy it would be to sneak one out. The paintings weren’t as big as I’d imagined. Who doesn’t want a legendary piece of art hanging in their house? This goes to show the honest nature of Belgians. Crime is low and people don’t lock doors at night. Even car windows are often left open.

If you’re visiting the city, the best souvenirs are boxes of chocolate – their selection is wide and there is even rose flavoured chocolate, which I didn’t try because I’m not a chocolate eater, even though, to the people of Bruges, I look like a walking chocolate.