Choosing to head to Clarens in the middle of winter is a pretty brave undertaking. But my family – me, my wife and two children – were desperate to get out of Joburg and we had the slight hope we would encounter some snowfall while there.

The charming town in the Free State is close enough to warrant a quick escape – it’s only a three-and-a-half hour drive – and we decided to give Airbnb a try to find affordable accommodation for our four-night stay.

The Airbnb experience was simple and efficient. We were presented with a number of options in our budget and relied on the pictures, and previous reviews to narrow down our options.

We booked a stand-alone house a short distance away from the town square and hoped what looked like a beautiful house online, really could meet our expectations in reality. 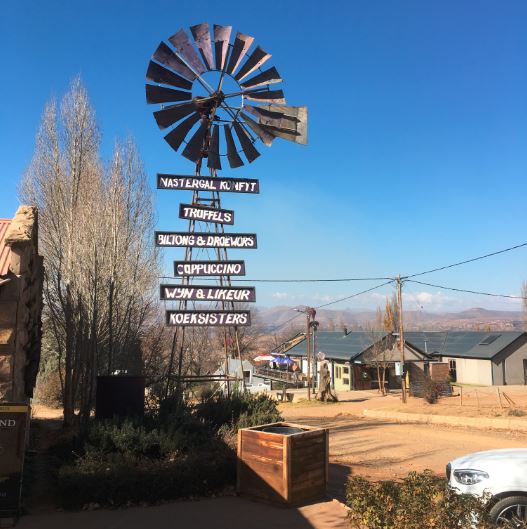 We were pleasantly surprised at the luxury that presented itself – far better than what the pictures could convey.

When considering the value for money offered on Airbnb, depending on what you are looking for, formal hotel accommodation could not compare.

We enjoyed a three bedroom house, with full kitchen, including washing machine and dishwasher, two large bathrooms, wonderful verandah that featured a sitting and dining area, large private garden all to ourselves, and private courtyard to hang washing.

We had full DStv and braai facilities. And a Clarens winter essential – our own wood fireplace. Each room of the house offered a breathtaking mountain view.

We haven’t been to Clarens for about 10 years and people had warned us the town had developed significantly over recent years. But we were surprised to see development has mostly been on the residential front. 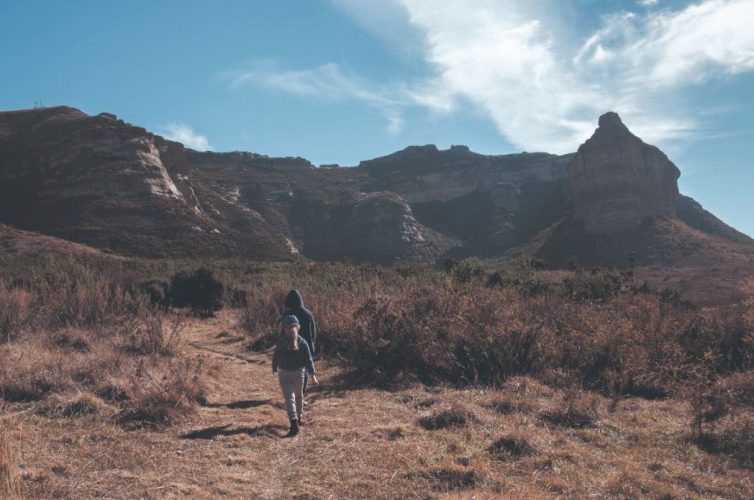 There is still no large franchise-type supermarket in the town, which helps maintain the small town appeal.

While we missed the snowfall, exploring some of Clarens’ picturesque Maluti mountain range, part of the Drakensberg system, filled our days. We were fortunate to experience wonderfully warm weather during the day.

There are a number of easily manageable, but stunningly scenic hikes available in the Clarens Village Conservancy.

Five minutes from our accommodation, we took a four-hour hike right to the top of Clarens’ famous Titanic Rock. My six-year-old daughter managed the walk easily, but you have to keep a close eye on younger hikers as at points you do encounter some steep cliffs alongside the trail.

Views were spectacular. You can see Clarens in its entirety nestled snugly among the sandstone cliffs that surround the quaint village. We also managed a short hike to the Clarens Dam. This leaves the town and ambles along a gentle crystal clear mountain stream, mostly underneath the forest canopy, where you cross a number of wooden bridges and encounter wonderful sandstone rock overhangs. It took about three hours.

An essential outing when visiting Clarens has to be a drive through the Golden Gate National Park. To make the most of the park you have to visit in the late afternoon, when the sun hits those beautiful sandstone cliffs reflecting beautiful golden hues from which the park’s name is derived.

Probably the ultimate highlight of our brief getaway for our children would be our visit to the Basotho Cultural Village. It only cost R200 for our family and here we drank traditional beer with the village chief and his advisor and were taken on a historical journey of Basotho culture, architecture, and diet.

My 10-year-old son was enchanted by stories of the local battles and weaponry used by the Basotho, and my daughter enjoyed a visit to the traditional healer – and tried on traditional clothing.

During our stay, we visited family at the Mafube Mountain Retreat in Fouriesburg, hiking paths that featured genuine 190-million-year-old dinosaur footprints. 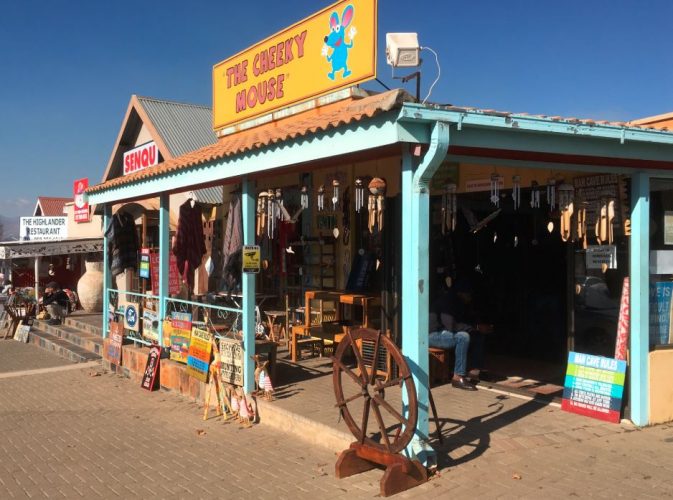 One of the highlights of our culinary exploration included the Clarens brewery, which offered a delicious free beer tasting. The food was simple, but delicious – with the kids awarding the relaxed eatery the best chicken strips in town. Tours of the beer making process are also available.

Another notable thirst quenching discovery, which has to be mentioned, via the Claret and Grouse pub, was the Highlander Blonde craft beer. We also enjoyed a meal at the Posthouse restaurant – situated in the historical original post office.

Clarens is full of charming stores, featuring stunning art, collectible vintage paraphernalia, and interesting food stuffs. The stores are also quirkily named, such as The Ugly Duckling, The Cheeky Mouse, and The Purple Onion.

Our time in Clarens was brief, and admittedly on a budget, but we received tremendous value and came back to Joburg, feeling recharged with a sense of having experienced some adventure.