Triple the thrills at Turffontein

If War Of Athena and Malmoos can win the Oaks and Derby respectively they will become the fourth members of their genders to crack a series clean-sweep since the 1990s. 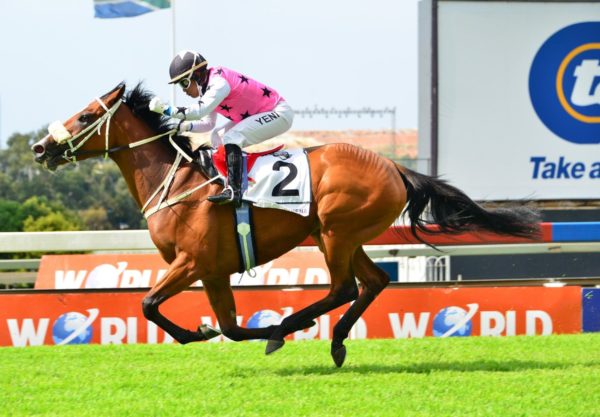 It will be a day for the history books at Turffontein on Saturday if both the Triple Tiara and the Triple Crown are landed. If odds-on favourites War Of Athena and Malmoos can win the Oaks and Derby respectively, it will be the first time the coveted and elusive three-year-old filly and colt honours are won in the same year.

They will become the fourth members of their genders to crack a series clean-sweep since its advent in the 1990s.

The Wilgerbosdrift SA Triple Tiara carries a bonus prize of R1 million. The WSB SA Triple Crown bonanza is R2 million. In a time of severely reduced race stakes, those are significant incentives for horses’ connections.

But, to get the loot, Triple winners must win all of the 1600m Gauteng Guineas (colts) and Fillies Guineas (fillies), then the two 1800m Classic races, and then the 2450m SA Oaks and SA Derby.

It’s a fearsome task to win all three, with big steps up in distance for young horses over a period of just two months.

Having successfully negotiated the first two hurdles, filly War Of Athena and colt Malmoos are bang on target for the grand slam, squared, as they are well equipped for Saturday’s marathons.

War Of Athena has not gone beyond 1800m thus far, but won over that trip as if she was ready for more ground. Her blood backs that impression: Her father is Grade 1 winner Act Of War, who is by Durban July champ and champion stallion Dynasty out of Si Senorita, a Broodmare of the Year.

From 13 starts, she has been unplaced just once and collected seven wins. So, whatever happens, she will be trying her heart out for regular jockey Musi Yeni – a fellow with a bit of steel in the ticker himself.

War Of Athena is trained by Paul Matchett, for whom success in the Oaks would be a career pinnacle. The Randjesfontein handler is highly respected but has never had a horse to lift him this high. There’s an old saying that a great horse will find someone deserving.

Matchett is not taking the chance that a muddled pace might catch out his girl and has entered two other fillies to set fractions and provide cover – Only The Brave and Rosso Meadow.

Paul Peter-trained Netta, who chased War Of Athena home in the Fillies Classic, is favoured to be next best. Another Peter runner, Ideal Jet, is relatively unexposed, has good staying credits and could be the lurker that every punter is seeking to cause a massive upset and send the Pick 6 dividend soaring.

If the warrior filly comes from a modest home, Malmoos is seriously posh. Owned by the late Sheikh Hamdan of Dubai, one of the richest and most prolific racing personalities on the planet, and trained by the legendary Mike de Kock, this colt couldn’t have asked for a more elite support team.

By multiple award-winning sire Captain Al out of a Fort Wood mare, Malmoos has no question marks over his endurance capacity – confirmed by the way he has looked more and more comfortable as the Triple Crown has progressed.

In synch, in-form young rider Luke Ferraris has become increasingly confident as he has steered the colt to six wins in their seven starts together.

So, the SA Derby looks all over bar the shouting – or it would if the betting market wasn’t paying attention to a challenger. Second Base, trained by Johan Janse van Vuuren and ridden by Gavin Lerena, has hovered around the 4-1, 7-2 mark all week – suggesting some people are eyeing up an upset.

Second Base got to two lengths behind Malmoos in both the Guineas and Classic, finishing fourth and second respectively, and has unquestioned stamina.

The rest of the Derby field look well outclassed.

A gulf in class is also apparent in the other marquee event of the day, the Grade 1 HF Oppenheimer Horse Chestnut Stakes over 1600m. The 8-10 favourite Got The Greenlight narrowly lost out on 2020 Durban July glory as a three-year-old, taking second place to Belgarion, and there is nothing in this race in that league.

Trainer Joey Soma gave his young star a good seven months’ rest after his Durban efforts, then stepped him out in a 1400m warmup. He proved himself just about ready for the big-time again with a spirited second to up-and-coming MK’s Pride.

Sunday’s racing is at Scottsville, with two Grade 3 features heading a sporty card.

Race 7, the 1400m Byerley Turk, has drawn a strong line-up of mainly early winter-season arrivals from the Cape and Highveld.

Stuart Pettigrew’s Vars Vicky comes fresh off a hat-trick up north, while Justin Snaith’s Speed Machine arrives from the opposite direction with a comeback win under the belt.

Vaughan Marshall’s highly rated Seeking The Stars disappointed in the SA Guineas at Kenilworth and will be trying to set the record straight. Improving Stone Cold from Candice Dawson’s Joburg yard looks the sort to master Scottsville’s testing finishing stretch.