Atkinson Grimshaw and Somerset Maugham can anchor a Fairview PA

Going big in the Pick 6 might be a fool’s errand, given the opaqueness of so many legs, and focusing on the Place Accumulator is the smarter choice. With multiple riders on the racecourse, revered trainer Duncan Howells is tipped to walk away with a win, or two at Greyville on Monday. Picture: iStock

The task at Fairview on Friday is to build some wagering ammo to fire at the big money on offer at Greyville the following day. That’s easier said than done, for there are some real tough nuts among the nine races at the East Cape turf meeting.

Going big in the Pick 6 might be a fool’s errand, given the opaqueness of so many legs, and focusing on the Place Accumulator is the smarter choice. The PA looks likely to pay well, so what we need to find are a few bankers, so we can go wide in the truly ornery races.

If you’re feeling brave, you could start with a banker in Race 3, Leg 1, in the form of Lord Marmite. Grant Kotzen travels the three-year-old up from Cape Town to try to land an overdue maiden win. He is the best-rated horse in a rather moderate line-up and has decent Western Cape form, with a couple of seconds in his nine attempts thus far.

Clinching the argument in favour of Lord Marmite is a No 1 draw at the 1400m starting pillar, along with the admirable Craig Zackey on the reins.

Another Cape Town visitor, Wind Sock from Justin Snaith’s stable, might have more compelling recent form in this race but he is drawn at 15 out of 15, which will take some overcoming.

Local trainer Gavin Smith has been burning up Fairview lately and saddles another likely winner, Atkinson Grimshaw, in Race 5. Outgoing champion jockey Warren Kennedy travels down from Durban for the day to partner several Smith horses and will want to end his reign with a flourish.

This three-year-old has been promising much for months but has a habit of mistiming his finishing effort. He must be showing good work at home for he has been well backed in all nine starts yet has only won twice.

Blinkers are fitted for the first time and stable jockey Richard Fourie makes the trip to partner him. It’s a very strong field, but Somerset Maugham looks a fair punt for the first three.

Finally, Iron Henry stands out as a good bet in the last, Race 9, a 1000m handicap sprint over 1000m. The four-year-old son of Trippi clearly loves it in PE as he has blossomed since moving to Juan Nel yard. He goes for a hat-trick and could be the final piece in the PA jigsaw.

The other three legs? Go as wide as you can afford; anything could pop up. 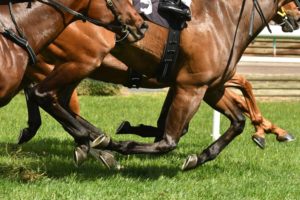 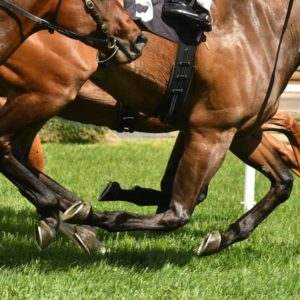