Not even Christmas could save SA retailers

Although the grim trading updates from market darling Woolworths and fashion retailer Truworths were expected, they underscore how troubled SA’s retail market is.

In the first round of trading updates from the retail sector in 2017, the disappointing Christmas sales reported by Woolworths and Truworths last week is a sign of bad news to come from other retailers.

Woolworths’ group sales for the first 26 weeks of the 2017 financial year increased by 6.7% compared with the prior year. A closer look at its sales update reveals that difficult trading conditions continue to hurt the clothing category above food. Excluding the effects of inflation, like-for-like sales in clothing and merchandise, and food declined by 6.1% and 3.6% respectively.

Woolworths’ sales were largely boosted by inflation –  7.3% in the clothing and merchandise category vs 9.2% in food – and the rollout of new stores.

The retailer has been described by market watchers as defensive given its something-for-everyone retail model, with its wide apparel range pandering to different consumer income segments.

“Consumers are directing a lot of their spending to basics such as food instead of discretionary items like clothing and furniture, given the pressures they are facing,” says Abraham.

In the third quarter of 2016, real (inflation-adjusted) household consumption expenditure – a key driver of economic growth – grew by a pedestrian 1.1%, latest figures from the Reserve Bank show.  Household consumption growth, which accounts for more than 50% of SA’s GDP, has muddled along since the 2008 financial meltdown. At the same time, consumers’ disposable income continues to be eroded by a heap of debt from unsecured lending to store accounts.

The odds are also stacking up against Truworths, with the fashion retailer not only facing stunted sales but also a turning credit cycle.

Truworths’ credit sales, which represent 69% of group sales, have been under pressure since it began to implement the National Credit Regulator’s new affordability assessments in 2015 – intended to manage the risk of issuing credit to over indebted consumers.

In their home base, both Woolworths and Truworths are wrestling with market share gains by international retailers including Zara and H&M and the aggressive discounting and promotional activity by competitors.

Says Kagiso Asset Management’s associate portfolio manager Simon Anderssen: “It will take a season or two for these issues [discounting by competitors] to settle down and we expect Woolworths’ South African apparel business to lose some market share.”

Even Woolworths’ mega Australian businesses Country Road and David Jones couldn’t insulate it from the retail malaise.  Adjusted sales in Aussie dollars at David Jones grew by 4% while Country Road sales fell by 0.9%.

Woolworths’ CEO Ian Moir has reiterated that the integration of David Jones and concomitant profits would take time. This has made some market watchers uneasy.

“Assessing the Australian businesses is complicated because there are a number of projects underway that are impacting current performance. We’ve always been more circumspect about the timing and extent of improvements they can achieve at David Jones and remain comfortable that these are on track. Country Road’s performance has been disappointing, but we think this partly reflects the inherent cyclicality of a fashion business, and partly some management mistakes, which are being addressed,” says Anderssen.

For Woolworths and Truworths to ride out SA’s retail slump, both counters need to focus on retail basics, says Sasfin’s Abraham. “It will come down to who runs businesses efficiently in terms of controlling costs, focus on pricing and stocking what consumers want,” he adds. 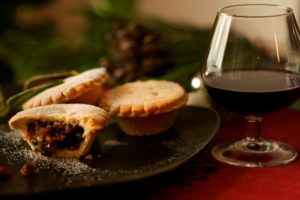 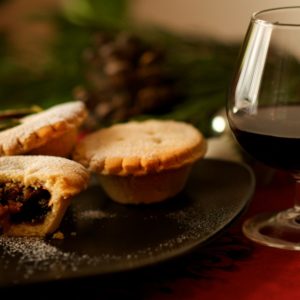