PAUL plans for a French affair with the African continent

He was on a mission to learn about the local food retail industry.

So enthralled Holder was by Mugg & Bean and Tashas that after his return to France ten days later, he asked his personal assistant to dig up information about the eateries’ owners. “I was impressed by the consistent quality of the restaurants. It was a concept that I really liked,” says Holder.

Unbeknown to him at the time was that the owner of both casual dining restaurants was franchise food giant Famous Brands, who would eventually seal a ten-year-long exclusive agreement with PAUL to open its first outlet in SA.

What ensued after Holder’s visit was negotiations with Famous Brands’s dealmaker Kevin Hedderwick, who frequented PAUL’s headquarters in France to understand its bakery-café business model and met with Holder’s partners in Greece, Poland and Dubai.

Five years later PAUL, the outlet established in 1889 in Northern France, and passed down over five generations, opened its doors on Thursday in Melrose Arch, Johannesburg. The tie-up with Famous Brands – where five company-owned outlets are planned over the next five years – is in line with its ambition to build a portfolio of premium brands; this already includes Steers, Debonairs Pizza, Vovo Telo, Turn ‘n Tender, Wimpy and others.

The partnership with PAUL will be the first time that Famous Brands has partnered with an international brand since its disastrous introduction of US brand Church’s Chicken in SA in 2001. It has since bulked up internationally by splurging R2.1 billion to buy the 15-year-old Gourmet Burger Kitchen in Britain – the largest deal in its history.

The opening of PAUL in SA is part of a wider plan for further expansion into the continent, as it has set its sights on setting up shop in Nigeria and Ghana. It already has existing outlets in largely francophone regions including Tunisia, Ivory Coast and Morocco. It’s represented in 36 countries.

PAUL will capitalise on Famous Brands’ existing infrastructure of logistics and manufacturing operations across the African continent. For now, the focus is building critical mass in SA at a time when consumer spending is under pressure.

A throng of global mega brands including Burger King, Starbucks, Krispy Kreme, Dunkin’ Donuts and Pizza Hut have also set up shop in SA over the past five years, duking it out with local eateries for consumers’ wallet share.

The big question is whether PAUL’s offering of a variety of artisan bread, puff pastries, cakes and tarts and other food items will resonate with South African consumers. Managing executive of PAUL SA Brent Kairuz agrees, saying there’s nothing like the French bakery-café model in SA. “We definitely believe that this particular brand plays in a space of its own.”

Another advantage is PAUL’s focus on higher-end consumers, who are proving to be resilient in a challenging economy, when it comes to their spending power.

Jean-Pierre Verster, portfolio manager at Fairtree Capital, says there isn’t a huge consumer market for PAUL based on its conservative store opening targets. “They are catering to the higher LSM, which means that PAUL has a higher pricing point for its offering and therefore there could be higher margins [metric for profitability] even though they have a small number of stores.”

Verster says Famous Brands has the experience in the bakery-café category as seen in its artisanal baking and coffee brands Vovo Telo and Mugg & Bean. “It’s in their DNA to test these concepts and if it works, they then roll them out aggressively. If they don’t work, they cut out those brands.”

Bringing PAUL to SA has been no easy feat, especially during the process of finding skilled artisans and bakers. Famous Brands appointed a head of bakery, pastry and retail, who all (along with Kairuz) had to be trained in France to learn the skills and recipes. More than 80 jobs have been created at the Melrose Arch outlet, including bakers and chefs, pastry chefs, kitchen assistants, baristas and waiters.

No amount of experience would persuade PAUL to share some of its 127-year-old recipes with Famous Brands, paving the way for the importation of key ingredients and frozen products. Although PAUL opted for the purchase of flour in France, Famous Brands was insistent on buying goods locally including baking flour.

“We went through a very stringent process,” says Kairuz. “In order to get the local flour validated, we had to send it to the PAUL development department over five times, the same flour, to ensure the standards and quality are equal with global specifications. PAUL does allow certain products that can be procured locally if they can match the quality of overseas.” 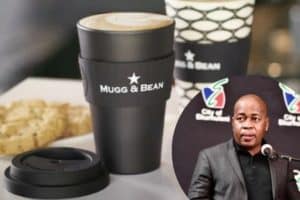 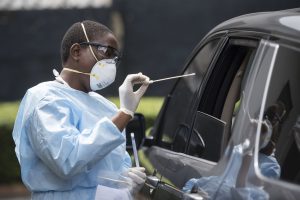