The Constitutional Court, which described the Sassa matter as a “crisis”, heard that CPS’ contract might be extended up to 12 months. 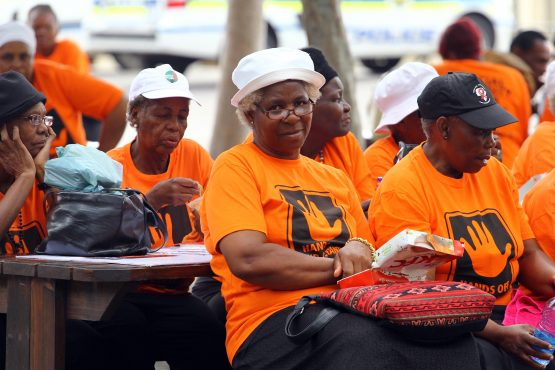 Net1’s social grant distribution subsidiary Cash Paymaster Services (CPS) continues to be coy about the amount it would be remunerated under a new contract with the South African Social Security Agency (Sassa), telling the Constitutional Court on Wednesday that it will embark on a new remuneration model.

Alfred Cockrell, the advocate for CPS, argued in court that if the company’s contract with Sassa – to distribute social grants to 17 million recipients with a collective value of R11 billion – is extended come April 1, it will move from a rate per beneficiary model to a lump sum per month model.

Although he didn’t give further details on how the lump sum model would be structured, Cockrell admitted that CPS’ current rate per beneficiary will increase in line with Consumer Price Inflation (CPI).

When pressed by Chief Justice Mogoeng Mogoeng about the exact increase that CPS has factored in, Cockrell said the grant distribution company is unable to declare the rate.

However, in its affidavit submitted to the court, CPS stated that to maintain the level of its services, investments and upgrades to its infrastructure, it proposed an estimated a rate of R25 per beneficiary from R16.44 if its contract is extended for three months or R22 for two years.

CPS has come under fire, with critics accusing it of profiting from the state given its proposed increased rate and assertion that it’s the only company that has the technological capacity to distribute social grants.

Without confirming the rate increase, Mogoeng asked how the court can authorise a new contract when CPS won’t disclose the price it’s asking for. “You are not doing enough to help us understand the matter,” he said.

In 2014, the court ruled that the social grant contract between Sassa and CPS was invalid. Sassa has repeatedly told the public that grants will be paid but hasn’t given clarity on how grants will be distributed.

It initially said that it would be able to take over grant payments but this is no longer the case.  Now human rights organisation Black Sash has urgently asked the court to supervise a new contract.  This would mean that CPS won’t comply with the National Treasury’s tendering process as the clock is ticking on a deal to be sealed before April.

David Unterhalter, advocate for Freedom Under Law, proposed a 12-month extension of the contract, adding that the touted six months was too short.

CPS director Serge Belamant said he is confident that the court will deal with the matter wisely. He expects a judgement on Thursday.

The court was scathing of Social Development Minister Bathabile Dlamini on Wednesday, as it wanted to know when she knew that Sassa didn’t have the capacity for grant payments and why the court was not informed, suggesting “absolute incompetence”.

“I genuinely want to understand. How did we get to this level,” Mogoeng asked. The court considered whether Dlamini should be held personally responsible for paying legal costs in the case, with Mogoeng describing the Sassa matter as “crisis”.

Cockrell said there was an “in principle agreement” between CPS and Sassa to continue payments under an extended contract, but government’s ministerial task team insisted that a new contract must be put in place. He also argued that unless CPS has a new contract, it cannot get payment of R11 billion from the National Treasury to continue its “constitutional obligation” of paying social grants.

This was underscored by Belamant, who warned that unless a decision on the contract is taken by the end of Thursday, it cannot process payments as it needs at least 12 days to prepare for the payment of grants.