How to beat debt – pros and cons of strategies 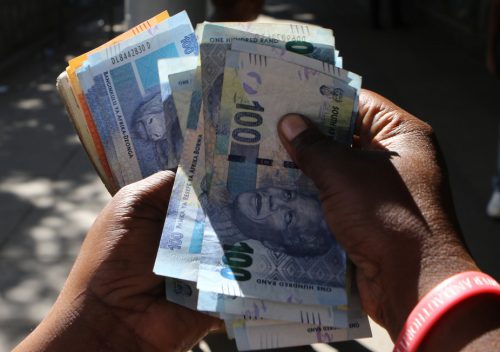 SIKI MGABADELI:  Now we are focusing on how to beat debt. This is something that I think most of us can relate to, as there are many demands on our money at the moment and the rate of inflation is also eating away at our purchasing power. The cost of living has risen, interest rates are higher than they’ve been, and we’ve seen an increase in taxes, personal income tax as well. So how do you save when you are constantly paying more for goods and services? Also, how do you beat your debt?

We are in conversation with Gerald Mwandiambira, who is a certified financial planner and acting CEO at the South African Savings Institute, or SASI.

Gerald, thanks so much for your time today. I’m going to ask you a difficult question. Why is it seemingly easy to accumulate debt, but hard to pay it off?

GERALD MWANDIAMBIRA:  Siki, good evening and good evening to all the listeners. I think it’s much easier to accumulate debt because it doesn’t hurt. I think that’s the crux of the matter. We haven’t been positioned and trained from a young age to sacrifice. The whole act of saving or even investing involves sacrifice. And from our first pay check we’ve simply been enjoying. We simply spend, and we know the one part of the equation – that we don’t know how to balance the saving, the investing part, or even the debt repayments. And that’s the shocking part about it all – that, despite the fact that we are bad debtors, we are also bad repayers.

SIKI MGABADELI:  [Chuckling] Thanks, Gerald. This is absolutely true, because we see it with the reports that we get from the credit bureaux and so on. So would you say it starts then with our attitude to money?

GERALD MWANDIAMBIRA:  It very much is that. It’s really goes deeper than that – the behaviour of earning and spending. It’s much deeper in terms of the psychological background of where you are coming from, and how you perceive this thing call money.

In my opinion money is just a tool. It is used to achieve an objective, and we have grown up in an environment where we have elevated money beyond what its purpose is. It’s an exchange of value into something which is more important, and it’s overwhelming for a lot of people just to even think about money.

If I grew up with little, Siki, I don’t want to go back there. So I will do whatever I can to put walls around me to prevent me from going back to what I think is a bad background. But actually by accumulating debt people end up losing homes, losing motor vehicles, and ending back exactly at the same point they were trying to avoid all along.

So even when we invest we invest open-endedly where, if the expert investors tell you that the market has taken profits today, we don’t even do that. We just hold on forever. So it touches the whole planning. And it’s a long process. I think we probably are a generation away before we have people who are financially savvy and aware from a young age. I’m sure for all of us in our middle lives it’s [probably] too late. “I’m in my forties, I’ve got lots of debt, I’ve got a car, I’ve got a house, I have to pay it. Yes, I know I need to retire, but I don’t have enough money.”

SIKI MGABADELI:  Don’t say it’s too late. It can’t be too late, because we are telling people how to beat debt. Let’s not be defeatist.

SIKI MGABADELI:  Okay. We know that a lot of people are in debt, but want to save at the same time. How do you save while you are paying off debt?

In my opinion you need to save all the way. The simple reason is that you may well be repaying your debt but, should you lose your income, it all comes to naught. If you have no savings, you are in a worse situation. So I think that’s how you look at it. Is it more important to save or to pay off debt? Let’s turn off your salary – then which was more important?

SIKI MGABADELI:  A question on SMS, Gerald. This one is from Cape Town and says: “Is it wise to do debt review and how can it affect your name?”

GERALD MWANDIAMBIRA:  Debt review is a process which was introduced under the National Credit Act, where it says rather than people going straight into blacklisting phase when they are struggling, consumers need to have an opportunity to fix their name. Your name is your most important  asset when it comes to your finances. So debt review is a process where you basically decide, I will take on no further debt and I will promise to pay the creditors I owe a reduced amount in exchange for me giving up this right of accumulating more debt.

In layman’s terms, that review is a ‘soft bankruptcy’. Why am I saying it’s a soft bankruptcy? It’s basically saying, I’ve reached a point where I need legal protection from my creditors but, by the same token, I want to be rehabilitated and I’m doing this voluntarily. This voluntary act makes it easier for you because you can also take yourself off debt review, for example, if your income should improve at some point in the future. This is better than going the nasty way of being declared bankrupt or sequestrated, where you simply have failed to meet your obligations and the law has taken its course. So debt review is a very serious decision, and I am concerned at how a lot of people go…

GERALD MWANDIAMBIRA:  To me it’s  soft bankruptcy – to say, I’m declaring myself bankrupt for now. But often the process of debt review with some of these review counsellors out there is that they reduce you repayments. But, in return for reducing your payments, you must realise you increase the amount of time you’ll be paying. So sometimes this mountain of debt which would have taken you five years at high instalments to clear, is now going to take up to 15 years at low instalments, because they pile on extra interest. So I would say, before going for debt review, sit down with a certified financial planning professional or a financial advisor and discuss the options. I have found that many people, just by rejigging their finances, just by cutting out this, cutting out that, or rather seeking payment holidays from certain creditors – but not all – you can start to dig into your debt and do it much more quickly.

My biggest challenge with debt review is that it extends the repayment period. I have met people who’ve been on debt review for six, seven years and nothing is happening. And often nothing happens because all they did was increase the interest and reduce their payments. So debt review is something we shouldn’t take lightly. Remember my words: It’s a soft bankruptcy. And bankruptcy or declaring a soft bankruptcy should not be taken lightly. Rather seek every other avenue or plan before you actually go and press that

SIKI MGABADELI:  All right. Here’s another SMS question. “Hi Siki. Is there such a thing as good debt?” And in fact it’s very similar to one from Richards Bay, which says, “Should I borrow money to pay off my debt?”

GERALD MWANDIAMBIRA:  Okay. The same as the good debt versus bad debt question, if you understand that money is a tool, where we started, Siki, you’ll realise that debt is a function of financial markets. All companies run on debt and equity. So debt is a tool, just like money is. When it is misused, it can become a very bad thing to have.

Debt in itself is not bad. However, yes, we do say bad debt is for things like consumption, where you eat and it just disappears, and you’ve actually accumulated a repayment for something you won’t see again. Buying a packet of cigarettes on a credit card is like buying a whole pack of cigarettes. So we say buying bread, buying food – that’s bad debt because that’s pure consumption. Good debt is often something which creates an asset. So that’s why companies come to the fore, because businesses borrow money so they can grow, so they can make more money, and it becomes good debt.

The same thing if you buy a home – it’s a good debt because it appreciates in value, and you can always get out of that debt without losing. When it’s bad debt, it’s that which you consumed. The clothes are now old and they don’t want the things back in the shop. You are left paying. Sometimes you took your friends out, you ate pizza, you didn’t even enjoy it and you are still paying for it.

So good debt is anything that allows you to accumulate an asset which is appreciating or can appreciate. This can be a property or it can be an investment in a business which is growing. But obviously there is a risk associated with a business failing. Then that debt is consumption. You ate it and it was converted in other things and you never saw it again.

SIKI MGABADELI:  You can’t even point at it today. The question about borrowing money to pay off debt?

GERALD MWANDIAMBIRA:  That’s like borrowing from Peter to pay Paul. That’s essentially what debt consolidation often is. Debt consolidation often involves a process of saying look, Siki, you owe R5 000 at 30% interest. Rather than paying 30% interest, borrow R5 000 or R6 000 to pay off the R5 000 at 15%. So should you borrow to pay off debt? If you are reducing your interest liability, then it could be viable. If you are doing it to basically make it easier for yourself, like a lot of people do, taking out this things called an access bond – which allows you to access the equity in your home – to clear your debt, for the simple reason that your home is your biggest asset. It is also the one thing which has the lowest interest rate in your life.

So you’d rather take money out of your bond, on which you are maybe paying 8, 9, 10% than take it out of your credit card where you could be paying 25 or 30%. So yes, you can do it, but it should be done under the supervision of a professional who is guiding you in what you are doing. Simply doing it because it looks like it makes sense sometimes takes you from a pot into a frying pan.

SIKI MGABADELI: All right, always a pleasure. Thanks, Gerald. Gerald Mwandiambira is a certified financial planner and acting CEO of the South African Savings Institute. 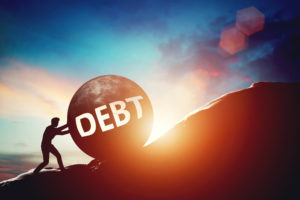 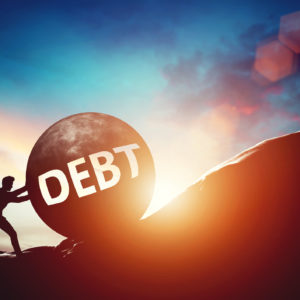 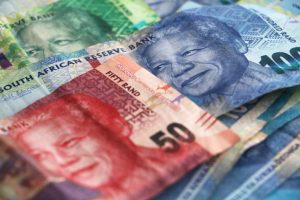 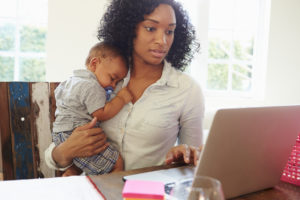 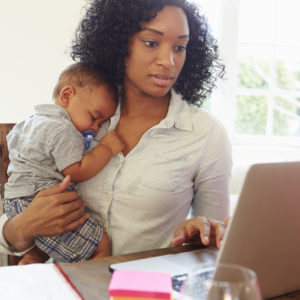