9 out of 10 richest SA suburbs are in Cape Town

Cape Town is now home to nine out of ten richest suburbs in the country, up from seven two years ago. This is according to a study carried out by Seeff, based on data from Lightstone and Propstats for the period 2011/12 to 2016/17.

The top ten rank as follows:

According to Seeff, high net-worth buyers are not investing at the same levels in Sandton and even less in Pretoria East. “Palatial homes [in those areas] are struggling to achieve the pace of sales and prices that the Atlantic Seaboard and City Bowl are achieving.”

Comparatively, 20-50 transactions were recorded for the Cape in the 2010-2014 period, rising to 67 last year; three times more compared to Joburg, Sandton and Pretoria East.

By early June this year, there had already been 44 transactions above R20 million generating more than R1.1 billion in revenue. Incidentally, 30% of these were to Joburg buyers, a handful from Kwa-Zulu Natal and only a few foreign sales (mostly UK and German buyers), the latter being less than 10%, and, says Seeff, far less than commonly perceived.

Where prices have comfortably reached the R100m-R200m-plus price levels on the Atlantic Seaboard, Pretoria East has only had a single sale of R45 million (Waterkloof, 2014) and R66 million in Sandton (Empire Place, Sandhurst, 2016).

While Seeff expected the figures to have been reversed, i.e. Joburg/Sandton achieving more sales and much higher prices considering its status as the wealth capital of the continent. Pretoria East is home to the premier government and ambassadorial belt.

Seeff says that buyers and property investors, not just at the top end of the market, but across the board, want to know that they are investing in areas where service delivery and zero tolerance for corruption are hallmarks. They want to know that their investment is not just safe, but that it will grow in value.

The shift in government in both the Johannesburg and Pretoria metros has been welcomed, but Seeff says that only once major inroads have been made there in terms of service delivery and cutting corruption, can we expect sales volumes and prices at the top end to start catching up to the Cape.

Seeff says that the Atlantic Seaboard average selling prices (full title) have more than doubled over the last five years (since 2011/2012). The biggest gains have been in Fresnaye (+167%) and Camps Bay (+128%), the latter attracting the highest number of R20 million-plus sales since. 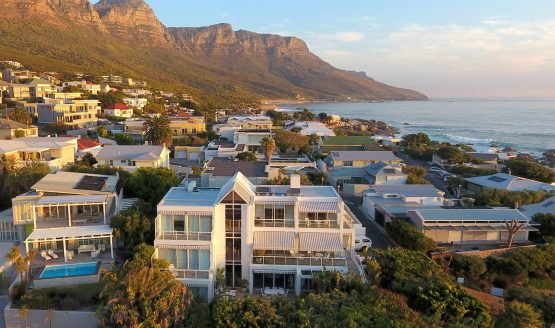 Where only Clifton topped the R15 million average price mark, there are now seven Cape suburbs above this range while Clifton tops R20 million for full title property, says Seeff. Top-end luxury properties and locations can now range from R185m-R300m.