Can we arrest the growing wage gap?

Brave and socially-minded pioneers are our only hope. 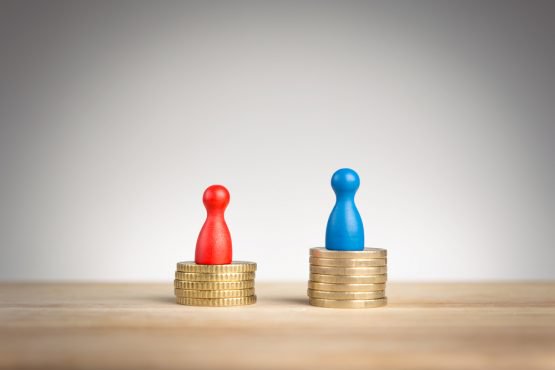 The increasing wage gap is a concern not only in South Africa but globally as well. It is particularly concerning in South Africa due to the high levels of income inequality and unemployment which persist within the economy. Recently it has been reported that CEO pay is increasing at an alarming rate in comparison to general staff salaries and as a result, the wage gap is rising. This is particularly worrying as economic growth has been sluggish and unemployment has peaked at 27.7% (Q1 2017). There are three main elements of pay which make up an employee’s pay package; total guaranteed package, short-term incentives (including commission) and long-term incentives.

The wage gap is defined as the ratio between the CEO pay and the general staff pay and has taken on two definitions as follows:

CEO pay is generally defined as the “single figure number” by King IV and requires it to be disclosed for all directors. It is a complex number because it includes all 3 elements of pay, namely; total guaranteed package, short-term incentives (including commission) and long term incentives.

Each of these elements of pay are present for different reasons and are implemented differently by employers based on their business strategy. The guaranteed portion of pay serves as reward for the work done so that employees can budget based on knowing what their income will be. Short-term incentives are in effect ‘dangling a carrot’ and seek to link pay to performance (such as sales) in the short term. Short-term incentives are typically paid out for a period less than one year and are often available to all levels of staff. Long-term incentives are usually paid in the form of equity and seek to tie the performance of executives and senior management to the long term goals of the organisation (more than 3 years). Typically long term incentives are only available to senior management and executives; however, there are instances when these are offered to other levels of staff. Each of these three elements of pay will be analysed to determine their impact on the wage gap.

In South Africa, it is common practice for total guaranteed package to be adjusted each year. The consumer price inflation rate (CPI) is the most commonly used metric when determining what these annual increases should be. Figure 1 illustrates the median increase by occupation level for the last 5 years.

Over the last five years, CEO and Executive pay percentage increase has increased less than general staff pay. This indicates that annual increases of total guaranteed packages are not the main source of the increasing wage gap. Potentially, the starting salary of new employees may have an impact on this but this would not be significant relative to the overall increases.. If the prevalence of short-term incentives and percentage of guaranteed package paid out by these schemes is increasing as occupational level increases, this has the ability to negatively affect (increase) the wage gap.

Long term incentives are typically only offered to senior management and executives. The result of this is that senior management and executives often have an additional income stream which is not available to the lower occupational levels. The result of this is that it raises the income of executives and senior management relative to the lower occupational levels and hence raises the wage gap. This is exacerbated during times when the share price of the organisation is performing well as these kinds of incentives are typically paid out in shares and vested shares will be worth more in comparison to when the share price is down. The allocation of long term incentives is also linked to the total guaranteed package so higher job levels receive greater allocations. This exacerbates the wage gap problem.

It is clear that the impact of variable pay on the wage gap is larger than that of total guaranteed package. The prevalence and size of these incentives at the higher occupational levels is a core driver of the wage gap. For these reasons, the public often becomes disgruntled when these incentives are paid out to executives during times when a company hasn’t performed well. The lack of transparency around how these incentives were realised is often a sore point in the public eye and has led to increasing activism around transparency of executive pay. King IV has made strides towards addressing these calls for transparency through a number of recommendations. King IV has called upon remuneration committees to ‘apply and explain’ their remuneration policy. They are also called upon to illustrate the link between remuneration, value creation and performance. If these recommendations are followed ethically, this will result in increased transparency and allow the public to clearly see why incentives were or were not paid out to executives. This will reduce the perception that these incentives are paid out regardless of performance and create less tension as a result of the increased transparency.

It will, however, not arrest the growing wage gap. Unless the remuneration strategy and pay mix (the proportion of TGP, STI and LTI) is reconsidered, the wage gap will continue to grow into the future. Brave and socially-minded pioneers are the only hope to arrest the wage gap before we could possibly experience an “Arab Spring” or another “French Revolution” on pay.

Bryden Morton is data manager and Chris Blair is CEO at 21 Century.