German company SAP reports itself to US authorities over Gupta links

SAP has apologised for the impact of the allegations of wrongdoing to South Africans following an internal probe. 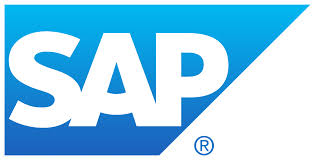 German-based software giant SAP SE says it has voluntarily disclosed its Gupta-linked accounts to US authorities responsible for enforcing the US Foreign Corrupt Practices Act.

This after the company launched an internal investigation into allegations that it had paid bribes to a Gupta front company to secure massive contracts with state-owned entities.

SAP has been accused of appointing CAD House, a Gupta-linked company, on a consultancy basis and agreeing to pay the company 10% in commission if it helped them secure a R100-million Transnet contract.

The allegations of wrongdoing in our South African business have had a profound impact on our employees, customers and partners, and on the South African public

In a statement on Thursday, the company said it had also initiated disciplinary procedures against three employees and made significant changes to its global sales deal processes.

“As a global company with a commitment to integrity and compliance, the past three months have been humbling for us,” said Adaire Fox-Martin, member of the Executive Board of SAP SE, who leads SAP’s business in Middle and Eastern Europe (MEE), Europe, the Middle East, and Africa (EMEA) and Greater China.

Fox-Martin added: “The allegations of wrongdoing in our South African business have had a profound impact on our employees, customers and partners, and on the South African public — and we apologise wholeheartedly for this.”

Fox-Martin said SAP had initiated its voluntary disclosure on July 13, 2017, and that SAP has committed to full and complete cooperation with the US department of justice (DOJ) and the US Securities and Exchange Commission (SEC).

She confirmed that the investigation by the DOJ and SEC continues.

“We cannot emphasise enough how seriously the SAP Executive Board takes these allegations, or how committed we are to managing this process in a transparent, ethical and responsible way,” Fox-Martin said.