Expropriating land without compensation will likely face many legal hurdles. 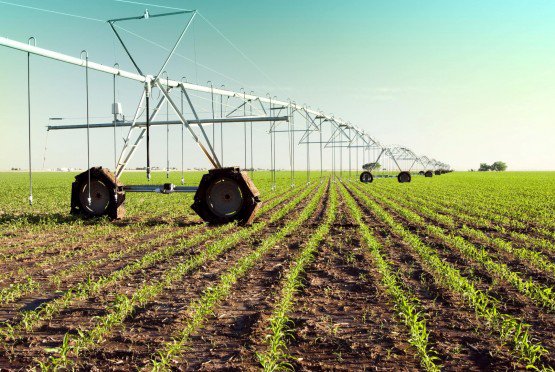 As a lawyer with over a decade’s experience, Bulelwa Mabasa from Werksmans Attorneys has seen a number of land reform blunders.

These extend from the “willing-buyer, willing-seller” land redistribution policy that has led to slow progress on land reform, awarding claimants land that laid fallow, and policies that fail to enhance food security and support emerging black commercial farmers.

But the latest blunder has Mabasa and public policy observers gobsmacked.

In a radical attempt to eradicate poverty, inequality and high levels of unemployment, the ANC has adopted a resolution for expropriating land without compensation.

“This is a major policy shift for the ANC,” Mabasa told Moneyweb.

Major, because the resolution for land expropriation without compensation proposal – adopted at the ANC’s 54th elective conference on Wednesday – would require drastic changes to section 25 of the Constitution dealing with property rights.

Land is an emotive issue and the ANC is increasingly under pressure to address the skewed racial patterns of land ownership in SA.

The ANC’s question on land also has the hallmark of left-wing elements and echoes the political ideology of the Economic Freedom Fighters (EFF), which has called for expropriation of white-owned land without compensation. It has gone a step further, proposing the state to be a custodian of land.

“The ANC has never had this as a policy position but it shouldn’t come as a surprise, because after 23 years the party is doing a lot of introspection and asking if they delivered for its people,” said Mabasa.

Expropriation without compensation will likely spook investors and add to concerns of policy uncertainty, which has become the noose around government’s neck.

Adding to jitters is that the ANC’s shift to leftist land reform policies starkly contradicts the current Constitution under section 25, which upholds expropriation of land with compensation that must be “just and equitable” to landowners. This was part of a new approach by the government in 2013 to replace the willing-buyer, willing-seller model. The government also created the valuer-general office to develop criteria for determining what just value is and a compensation rate for the expropriated land.

“Excluding compensation from expropriation means that we are now changing the social contract that we the citizens have among each other and with the state. We are actually changing the ethos of the underlying bases for land redistribution,” said Mabasa.

Talks of expropriation come at a time when there is uncertainty around the amendments to key phrases of the Expropriation Act of 1975: from the state expropriating land for a “public purpose” to “public interest” – to bring it in line with section 25 of the Constitution.

A deviation from the current status quo has spurred market watchers to draw parallels between SA and Zimbabwe, which buckled under land grabs by the state without compensation since the 1980s.

About two-thirds of MPs are needed for amendments to the Constitution to pass muster. The ANC holds 62% of seats in Parliament and might need the EFF’s support as it cannot on its own change the Constitution.

Mabasa said passing through the expropriation amendments will face many legal hurdles. “There must be green and white papers written, a bill drafted, a process for public participation and presentations in Parliament.” This process may take three years.

The ANC’s proposal is thin on detail, with the party’s outgoing economic transformation subcommittee head Enoch Godongwana saying the policy on land should be pursued in a “sustainable way”. This means that expropriation will be explored without undermining SA’s food security, agricultural land ownership and the economy.

Godongwana didn’t elaborate on the timeline for the amendments to the Constitution or whether expropriation will apply to residential, commercial or agricultural land, only saying the model will be outlined at its lekgotla at the end of January 2018. A high-level panel dealing with the land expropriation process will be appointed.

He said an audit of land owned by the state will be launched.

The lack of reliable data has made it difficult for the state to determine land ownership in SA, which undermines the land reform process. There isn’t a national register that determines who owns land, race of landowners or land held in trusts.

The government will also have to weigh up the impact of expropriation on other sectors of the economy – mainly the financial services sector that holds about 70% of commercial farmers’ debt, or over R140 billion that is bonded to agricultural land. The state might even purchase this debt – but faced with a R50.8 billion revenue shortfall, this will likely make it difficult.