Woolworths pins its hopes on the Ramaphosa effect

The retailer foresees a rebound in consumer confidence and spending as a result of the new political transition. Woolworths has pinned its recovery on SA’s new political leadership under President Cyril Ramaphosa as the retailer’s woes have prompted it to cut its interim dividend for the first time in eight years.

Moir said Ramaphosa’s administration has changed the mood of South Africans, resulting in consumers being more confident about their future and financial well-being.

“That confidence will encourage consumers to spend more,” Moir told Moneyeb after Woolworths revealed its worst results since he was appointed as CEO in 2010.

“For the last few years, people have been feeling very down. And all of a sudden [with Ramaphosa being president] people are looking up.

“Cyril Ramaphosa plans to stamp down on corruption, be fiscally responsible and we are dealing with our big issues and forecasting growth. It’s incredibly positive for the country and for our customers.” Woolworths is in the throes of a retail storm in SA and Australia. Its problems overseas stem from its David Jones department chain business, which makes up a third of group turnover and more than 40% of trading profit.

In SA, Woolworths faced slower sales in its clothing division, specifically the underperformance of womenswear. Comparable store sales (excluding new stores opened) fell by 3.4% but sales volumes fell by 4.1% (excluding product inflation of 0.7%). Moir said the clothing underperformance was due to several “mistakes” as its offering for women aged 35 to 55 was “juvenile”.

A bright spot for Woolworths is the food segment, which continues to be a mainstay for the group. Food sales grew by 9.4% while comparable sales grew by 5.3%. Excluding product inflation of 4.4%, sales volumes grew by 0.9%. 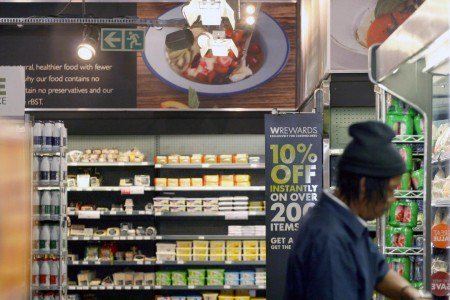 The food performance even prompted Wayne McCurrie, the senior portfolio manager at Ashburton Investments, to quip that Woolworths “should stick to just food.”

McCurrie agreed with Moir saying that Woolworths might benefit from SA’s new political transition as further junk credit downgrades might be staved off and the Reserve Bank might cut interest rates in March given the much-improved inflation outlook.

Woolworths continues to be whipped in Australia.

David Jones, which was bought by Woolworths for R22 billion in 2014, saw its sales decline by 3.3%, lagging average department stores sales growth in Australia of 0.1% in December 2017. David Jones’ adjusted operating profit also declined by 37.7% to A$66 million (R604 million at the time of writing). 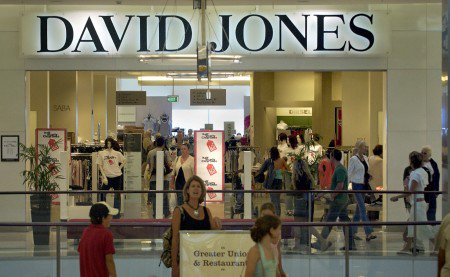 David Jones recently took an impairment hit of R7 billion as it suffered from sluggish trading conditions in Australia as consumers are facing unemployment, low wage growth and high levels of household debt.

Woolworths plans to revive David Jones sales with a range of private label clothes designed by its Australia-based Country Road team, redesigning its online shopping platform and an A$200 million (R1.8 billion) refurbishment of its flagship Sydney store.

“We are still not out of the woods. We still have a long way to go,” said Moir.