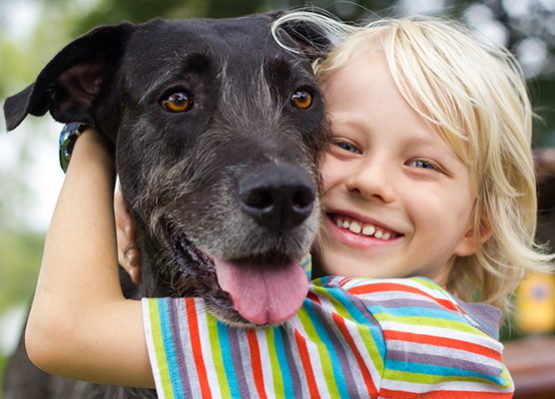 About two years ago, there was a picnic at Emmarentia Dam in Johannesburg.

While everyone was exchanging pleasantries, and playing on the grass, a couple – let’s call them Nick and Jen – came walking towards the party with a stroller. The group fell silent.

“When did Nick and Jen have a BABY?!” someone asked the host.

The host – as well as everyone else – seemed to be in the dark about this exciting development.

It turned out the “baby” was the couple’s elderly dog, who had trouble walking, but who was – according to his vet – perfectly fine otherwise.

And this is not an isolated incident. The “humanisation” of pets – a global trend where people’s furry friends are increasingly being treated as if they were humans – has gone hand in hand with improvements in buying power. While cats and dogs used to sleep outside, many pets are now living inside the house, become part of the family and may even share a bed with their owners. As part of this process, owners are spending more money on medicine and vets.

One practical example of the trend comes in the form of Berkshire Hathaway’s subsidiary NetJets, that allows pets on their private charters. In a recent interview with Sky News, Europe chief executive Mario Pacifico revealed that around 2 300 of the roughly 80 000 passengers it chartered last year, were pets.

Pet ownership also seems to be on the rise locally. According to Insight Survey, South African households had roughly 9.2 million dogs in total in 2016, placing the country in the ninth position globally.

Could there be an investment case hidden away here somewhere?

Gerrit Smit, fund manager of Stonehage Fleming’s Global Best Ideas Equity Fund, invested in Zoetis, a global manufacturer of drugs and vaccinations for pets and farm animals about a year ago. Zoetis, which was previously spun off from Pfizer, is the fund’s third-largest holding, at 5.5%.

While Smit is a bottom-up investor, which means he doesn’t invest based on macro trends, but picks companies based on fundamentals, he says healthcare is a solid industry from a sustainable organic growth perspective – one of the four pillars of his investment strategy.

Yet, he is fairly sceptical about the prospects for traditional human medicine as an investment for three reasons. The first is patent issues – as global patents expire, generic drugs come to market, competition intensifies and margins drop. Moreover, governments tend to be the largest clients worldwide and their concentrated buying power puts even more pressure on prices. Finally, legal risks are significant – ultimately human life is involved.

With animal drugs, most of these arguments disappear, Smit says.

At the same time, population growth and increases in wealth fuel organic growth with regard to human as well as animal drugs. But as wealth grows, people in the emerging world consume more dairy and meat leading to large-scale livestock farming, which in turn fuels improved growth for animal drugs, he adds.

He also points to the humanisation of pets, an “absolutely phenomenal” development. While people are living longer and have “companion animals” for a lengthier period, younger individuals are also taking longer to settle and start a family, and opt for a pet instead.

At the same time, many international celebrities have been spotted with a pet – almost as a type of fashion accessory.

Smit says the humanisation of pets is becoming an everyday phenomenon – it is not a fad that is expected to vanish. Apart from the basic pillars used to inform investment decisions, there needs to be a conviction that there will be a sustainable demand for a firm’s products and services and the valuation needs to be attractive, as was the case with Zoetis.