Annual growth in foreign investment indicates that confidence in the local property market is on the up. 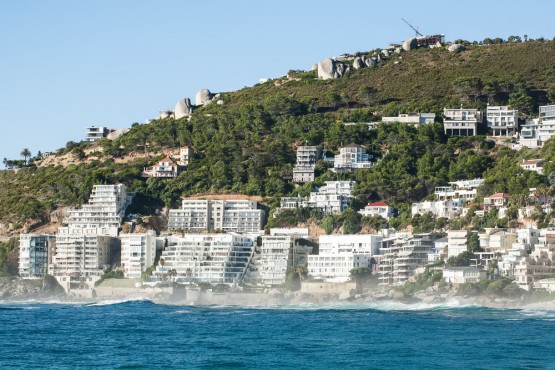 Foreign ownership in the local property market has experienced an encouraging upsurge over the last several years. In 2017, property market data and analytics provider Lightstone Property released a foreign investment report that indicated the increased appetite within this buying market. Many postulated that this figure would decrease in the following months, but this was not the case. In fact, analysis of current foreign ownership in South Africa shows an increase of 42% in January 2018 compared to the same period in 2017.

Gauteng and Cape Town are at the top of the purchasing pile; Cape Town due to its cosmopolitan ambience and multi-cultural inclusiveness, and Gauteng because of the thriving industrial and business hubs which offer many employment opportunities. Transactional data shows that 83% of all foreign purchases are made in these two provinces. A surprising development is that Gauteng is becoming increasingly popular and the Eastern Cape is also becoming more alluring to foreign buyers. 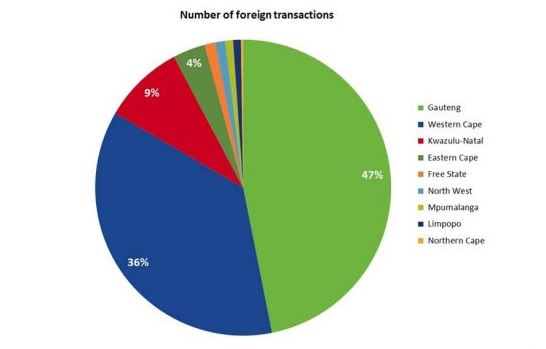 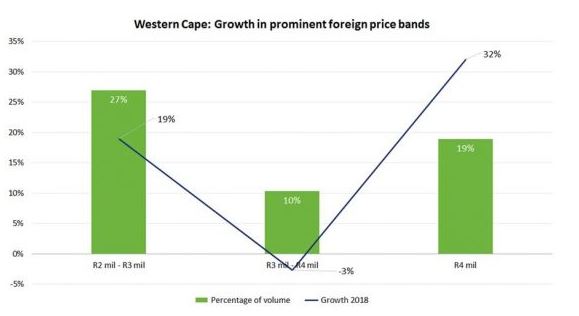 Taking a closer look at transactional data within the provinces, Cape Town and Milnerton in the Western Cape, and Sandton and Johannesburg in Gauteng, are the highest growth areas.*

Historically, Lonehill in Sandton was a very popular choice among foreign investors, but this has declined somewhat. Parkmore has grown in popularity and, surprisingly, Douglasdale has also shown an increase since 2016. Looking at greater Johannesburg, foreign transaction growth in Parkhurst has weakened, while Northcliff has become a very popular choice. Glenvista is shown to have increased in interest since 2015. In the Western Cape, Cape Town foreign interest is far wider spread geographically. The growth in Sea Point, which has been very popular over the last five years, has declined, while Rondebosch has doubled in volume. Observatory, where new developments have tripled, has become very popular. Kenilworth has also shown an increase in foreign investment since 2016. In Milnerton, foreign transactions have grown in Century City, while  Table View continues to be as popular a choice as in previous years. 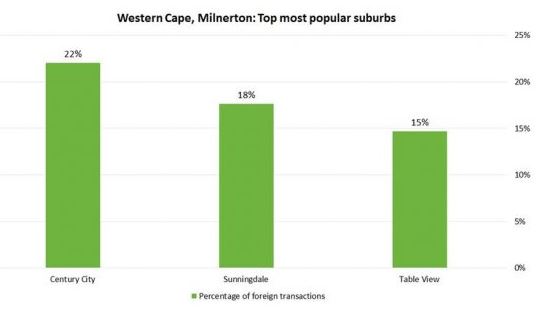 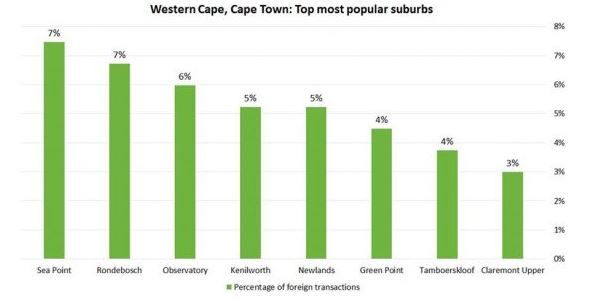 Earlier this year, Lightstone reported on the Western Cape drought and how it did not deter foreign investors from looking to the province for purchasing opportunities. The current view of the percentage of property transfers by province and year of purchase bears this out, with the Western Cape as the top performer in the country. The province has shown a steady increase in foreign sales over the last five years. Currently just over 7% of total sales have been made by foreign buyers.

With President Cyril Ramaphosa’s focus on increasing investments from abroad, it is expected that more and more foreigners will look for purchasing opportunities in the coming period.

Hayley Ivins-Downes is head of property at Lightstone.