Will report attorney to Law Society. 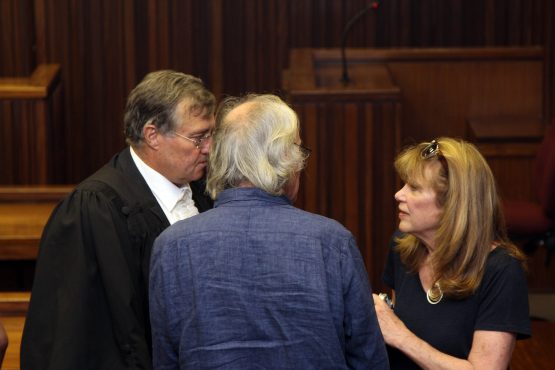 Judge Brian Spilg on Wednesday dissected all the reasons Tigon accused Gary Porritt has raised to explain why he needs up to another two years to complete his cross-examining of Jack Milne, the first witness in Porritt’s criminal trial.

Ultimately Spilg found that none of it holds water. He spelt out strict terms to be complied with before he will consider the formal application Porritt is expected to bring for an extension of the time limits Spilg earlier set for the cross-examination.

Porritt and co-accused Sue Bennett are on trial on more than 3 000 charges of fraud, racketeering and contraventions of the Income Tax Act and the Prevention of Organised Crime Act. The charges relate to the collapse in 2002 of then JSE-listed financial services group Tigon. Porritt was CEO and Bennett a director.

Milne earlier served a jail sentence for fraud related to the same events and has testified that he, Porritt and Bennett conspired to mislead investors in Progressive Systems College Guaranteed Growth (PSCGG), a company of which he was CEO.

Tigon guaranteed an investment fund run by PSCGG. This scheme collapsed around 2002, after which Porritt and Bennett were arrested.

Porritt and Bennett are unrepresented in the trial. They claim they cannot afford legal counsel, but the state has disputed this and argued that Porritt has direct or indirect access to assets worth more than R100 million.

Spilg on Wednesday listed all the reasons Porritt put forward for the slow progress in his cross-examination of Milne.

These include issues with his health, conditions in the Johannesburg prison where he is being held after his bail was revoked, difficulty accessing documents, too little time to prepare, and a lack of expertise to cross-examine the witness.

Spilg pointed out that despite Porritt’s complaints, his treating doctor has yet to inform the court that Porritt is unable to stand trial. The court has extensively engaged with the doctor.

He said Porritt has, since at least 2010, had full knowledge of the case against him and has had ample time to prepare. He referred to previous judgments, including that of the Supreme Court of Appeal (SCA) which found that Porritt and Bennett “intend to employ every stratagem available to them in order to delay the commencement and thereafter continuation of the trial for as long as they possibly can”.

Spilg said all the impediments to completing the cross-examination within a reasonable time could be resolved if Porritt and Bennett had the services of legal counsel.

He pointed out that they have refused to disclose the financial information needed to get assistance from Legal Aid.

Spilg then dealt with two trusts that might make funds available for Porritt’s legal representation, the Pembroke Trust and the Surrey Development Trust.

He pointed out that the trusts have on several occasions made funds available for legal representation.

The state earlier accused Porritt of using the availability or not of legal representation as a strategy.

Spilg asked who the trustees of the two trusts are, since it was within their discretion to fund Porritt’s defence.

He said he gave Porritt an opportunity to prove what he had said, namely that his attorney Frank Cohen was a trustee of the Pembroke Trust, together with Porritt’s estranged wife. Porritt failed to produce the documents.

He then proceeded to show, on the basis of public documents provided by the state, that Porritt himself was a trustee of Pembroke together with wife, and that Porritt and Bennett are the trustees of the Surrey Development Trust.

It is therefore in Porritt’s own hands to get counsel, Spilg said. He voluntarily elected not to, whether via Legal Aid or the trusts.

Spilg said the court won’t be put in the intolerable position where it is sterilised (rendered impotent) or criticised whichever route it takes.

He said he would only entertain an application by Porritt to extend the timetable for the cross-examination of Milne if it is filed by August 17, if each trustee of the two trusts and Legal Aid are joined as parties, and if the necessary trust documents are attached.

Spilg then said he will send this judgment to the Law Society of the Northern Province in order for it to consider whether Cohen acted appropriately and can continue to act for Porritt in the anticipated application for an extension.

He questioned whether Cohen had a conflict of interest as an officer of the court, while at the same time acting, according to his own version, as a trustee of the Pembroke Trust.

He said he is concerned about the fact that Cohen failed to come to court to explain the situation regarding the Pembroke Trust, but apparently provided legal assistance to the accused in this regard.

Spilg said Bennett twice stated that Cohen advised her and Porritt that they were not obliged to submit the trust documents to court.

“I am concerned when attorneys think they can send emissaries to court, more so if it occurs where they wear the hat of trustees,” he said.

The trial will continue on July 30.