New mining charter is a lawsuit waiting to happen

It will help transformation, but could kill the patient. 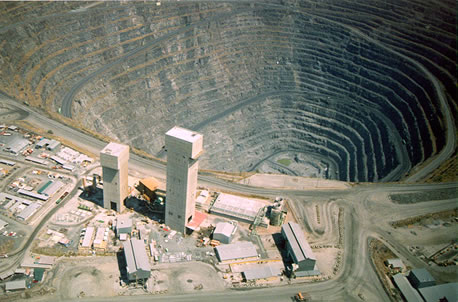 The latest version of the Mining Charter, though better than the previous version, is an invitation to a lawsuit.

Take for example the 1% ‘trickle’ dividend that must be paid after six years to employees and host communities (who together are entitled to 16% of the shares, 10% of which are free). This 1% must come from earnings before interest, tax, depreciation and amortisation (Ebitda).

What if the mining company is not in a position to pay? What if it is still in the ramp-up phase of mine development and needs to defer dividend payments?

It’s going to have to pay the dividend regardless, even if other shareholders get nothing. That obligation flies in the face of the Companies Act, which prohibits companies from making distributions to shareholders unless the company satisfies the solvency and liquidity test after the distribution.

The Companies Act also requires each share to carry the same rights as all other shares of the same class. You cannot prefer one shareholder over another. This could be sidestepped by creating a separate class of shares for employees and host communities, but that has negative implications: who would want to buy second-class shares in a mining operation when preferred shareholders get theirs for free?

Here’s another example of a potential lawsuit waiting to happen: the new Charter says that within five years, 70% of all mining goods must be manufactured in SA. Of this, 21% must come from BEE entrepreneurs, 44% from BEE-compliant companies and 5% from BEE women entrepreneurs or youth-controlled companies. That means just 30% of mining goods can be supplied by companies that fall outside the broad BEE definition. In the case of a competitive situation between a BEE and non-BEE supplier, the quality of goods should be similar, but no mention of price is made.

Within five years, 80% of services supplied to mines must be from SA companies (of which 60% must be BEE entrepreneurs, 10% must be women or youth-controlled and 10% must be BEE-compliant companies).

Here’s what could happen: a non-BEE supplier could offer a mine diesel at R12 a litre, while the BEE supplier comes in R16 a litre. To meet its compliance targets under the Charter, the mine may have to pay over the odds for something it could get much cheaper elsewhere. The Competition Commission is likely to be flooded with cases if this aspect of the Charter is allowed to pass.

“In discussion with mining clients, the feedback we get is that the procurement targets under the new Mining Charter are unrealistic and out of touch with reality,” says Manus Booysen, a partner specialising in mining at Webber Wentzel.

Another aspect of procurement that troubles miners is the 60% local content requirement for mining goods. Take a small mining company involved in diamond recovery. Most of its purchasing involves X-ray machines and heavy earth moving equipment, all of which are manufactured abroad. It is virtually impossible for these companies to meet these onerous local content requirements.

One of the unintended consequences of the new Charter could be to drive local companies offshore because the compliance thresholds are lower for foreign companies supplying SA mines.

While SA mines and local suppliers must meet a raft of obligations under the new Charter, foreign companies get a relatively easy ride: the primary obligation being to contribute just 0.5% of annual turnover generated from local mining companies to the Mandela Mining Precinct, an R&D hub set up by various government departments and the Minerals Council of SA.

“As a result of this favourable treatment of foreign suppliers, we could see companies relocating abroad to take advantage of this,” said Andrew Lane, Africa energy and resources leader at Deloitte, speaking at a review of the 2018 Mining Charter hosted by Webber Wentzel in Sandton this week.

The relatively light treatment of foreign companies applies to those with no physical presence in SA.

The previous version of the Charter, drafted under former mining minister Mosebenzi Zwane, was roundly condemned by mining companies and was destined for a court showdown before Gwede Mantashe was appointed to the ministerial post in February.

Relations between the Chamber of Mines (now called the Minerals Council of SA) and former minister Zwane deteriorated to the point where insults were being hurled through the press. Relations have improved since Mantashe took over at the ministry, and the Chamber’s court action was stayed. Some of its concerns have been addressed in the new version of the Charter, such as the “once empowered, always empowered” clause.

BEE mine ownership targets have been set at 30% within five years and “ring-fenced” – meaning everyone must comply with this or be deemed non-compliant. You can no longer make up for weak BEE ownership with stronger procurement and employment equity point scoring.

The good news here is that companies that achieved the current 26% BEE shareholding requirement, and whose BEE partners have since exited the transaction, are still deemed to be compliant. They will just have to top up their shareholding from 26% to 30% within five years, even if the old BEE shareholders have sold their shares.

Things get a bit more complex when it comes to applying for new mining rights.

A new mining right must have a 30% BEE shareholding, split up as follows: 14% to BEE entrepreneurs; and 8% each to employees and host communities (of which 5% each is “free carry” – meaning the beneficiaries do not have to pay). That represents a very real cost to those applying for new mining rights when 10% of your shares are immediately given away for free.

On the face of it, the new Charter is as convoluted as anything produced by the government yet is heralded as a gateway to transformation. It will need someone with an actuarial science degree to monitor compliance, though most large mining houses already have teams in place to wade through the minutiae of the existing compliance targets.

The department of mineral resources is unable to handle the backlog of applications for mining and prospecting rights, let alone local content requirements for goods supplied to mines.

On the plus side, compliance targets under the new Charter are lower than in the previous version, and only three of the compliance categories from the old charter have survived: ownership, employment equity and human resources development.

The real difficulty (and added cost) will be felt when it comes to monitoring human resource development, where quotas are increasingly layered according to demographics and types of training.

The Mining Charter quotas and the Department of Trade and Industry’s (Dti’s) B-BBEE Codes of Good Practice don’t align in all areas, so there is a likely cost to satisfying both sets of requirements.

A document published by Deloitte says there is a misalignment between the two codes which could lead to inefficiencies and added costs.

The current Mining Charter requires 5% of payroll to be invested in human resource and essential skills development.

The new Charter keeps this requirement at 5%, but with a difference: 3,5% of this must be spent in a way that reflects demographics and must be invested in essential skills development such as science, technology, maths and engineering. Up to now, training has focused on technical and artisanal skills, but the new Charter has broadened this to include new disciplines – and community members not employed by the mine.

Mines will have to continue to conduct safety and health training, regardless of demographics, no matter what the new Charter says, and that could bump up costs.

Stelio Zakkas, strategy and operations monitor at Deloitte, points out that one of the big concerns surrounding the latest Charter is around procurement. Not only must mines source 70% of mining goods from SA companies, these goods must be 60% local content.

“This will have the highest cost impact for mines, though it is likely the cost will be passed on to suppliers,” says Zakkas.

In practical terms, it means suppliers of goods will have to approach a certification body such as the SA Bureau of Standards to verify the local content.

Some companies may have to re-tool their factories to increase local content, and it raises the question: what exactly is local content? The value of the parts inside a machine? Valued at cost? Import value? Sales price? This is a monster that has yet to be sorted out.

Petrol price: Here's how rates will be adjusted on 6 October
2 weeks ago
2 weeks ago
PREMIUM!

Policy is not law, says court as it reins in Mining Charter
4 weeks ago
4 weeks ago

Petrol price: Here's how rates will be adjusted on 6 October
2 weeks ago
2 weeks ago
PREMIUM!

Policy is not law, says court as it reins in Mining Charter
4 weeks ago
4 weeks ago