Head of e-tolls company was an e-tolls boycotter

But Coenie Vermaak warns that you better prepare for a six-hour commute between Joburg and Pretoria if we don’t solve the problem. 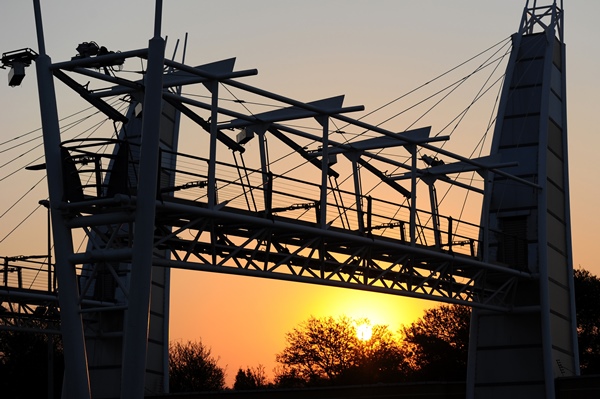 Like 70% of Gauteng motorists, he believed the decision to impose electronic tolling was ill-conceived and done without proper public engagement. That changed when he was hired two years ago as CEO of ETC, owned 100% by Austrian company Kapsch.

“I was an e-tolls boycotter because I didn’t like being charged another tax for something that I had no decision over,” said Vermaak. “But I was also ignorant. I had not applied my mind to the matter. When I joined here, I didn’t even want my in-laws to know I worked at the toll collections company.”

ETC’s contract expires in December 2019 and will be put out to tender in the new year by Sanral.

E-tolls have become a political rod with which to beat the ANC government, and Vermaak concedes it is a tough ask convincing non-payers to follow his lead and abandon the boycott. With an election looming in 2019, e-tolls will become a key election issue in Gauteng, and opposition parties will feast on the entrails of this failed project. To underline the point, the Congress of South African Trade Unions (Cosatu), Organisation Undoing Tax Abuse (Outa), and the ANC in Gauteng staged a march against e-tolls last weekend in Pretoria.

In his medium-term budget policy speech last month, newly installed Finance Minister Tito Mboweni gave no sign of the government abandoning its fealty to e-tolls or the user-pays principle. He said e-tolls had to be paid if the road network was to function. The project originally cost R22.5 billion, funded through the issue of bonds, but that cost has now escalated to more than R40 billion. Sanral’s 2018 annual report shows a finance cost of R4.4 billion at an average cost of capital of 9.43% a year. If Mboweni sticks to his guns, it appears government will have little choice but to find an extra R500 million to R1 billion a year to pay the interest on these borrowings. Scrapping e-tolls could impact SA’s sovereign status and increase the cost of all government-backed borrowings.

Just as the decision to build the loss-making King Shaka International Airport in Durban was a political decision, so government pushed Sanral to upgrade Gauteng’s roads ahead of the 2010 World Cup. It is now clear the government never anticipated the level of protest that would accompany the launch of e-tolls in 2013.

ETC is responsible for enforcing e-toll compliance, and has been issuing summonses at the rate of about 4,000 a month. By next month a total of roughly 18,000 summonses will have been issued. Outa reckons only a quarter of these are reaching the intended recipients, and of the 1,400 who have given notice of their intention to defend, 1,200 are being defended by Outa. The issue of summonses relies on the department of transport’s eNatis (electronic National Administration Traffic Information System), which is riddled with errors, hence only a fraction of summonses reach their intended destination.

Summonses are being issued as a last resort, said Vermaak, though how a critically backlogged justice system will cope with 18,000 additional cases remains to be seen. A test court case between Sanral and Outa on the legality of e-tolls has been talked about but appears to be going nowhere. This could drag out for years, hence a political solution must be found.

Read: Time is running out for e-tolls, yet the summons blitz kicks into high gear

Vermaak points to a road map of Gauteng and warns of the consequences of not solving the e-tolls issue: “People are already noticing the growing congestion on the highways. Unless we get busy with Phase Two of the Gauteng Freeway Improvement Project (GFIP), which involves building 158 kilometres of new roads to redirect traffic away from the congestion areas, you better get prepared for a six-hour commute between Joburg and Pretoria. This is how long we project it will take by 2037 if we don’t address this problem urgently.”

Phase Two of the project should have been well underway by now, but has been indefinitely postponed due to the funding calamity resulting from Phase One and the e-tolls boycott. Phase Two involves building a new highway from Soshanguve in the north to Sandton, a new access road from Soweto to Joburg, the new PWV 15 route to the east to take pressure off the Gillooly’s interchange, and a ring road around the city. Phase Two would create between 12,000 and 16,000 much-needed jobs over a period of four to seven years.

Vermaak concedes that if we could wind back the clock, the e-tolls issue would have been tackled with far greater public engagement.

Outa CEO Wayne Duvenage says the problem is easily solved: convert the e-tolls roads to non-tolled roads and subsidise the GFIP bonds to the tune of R2 billion a year from Treasury. “Government grants come from Treasury’s pot, which is partially filled by an efficient and highly effective user-pays scheme called the fuel levy. This finance method accounts for 48% of Sanral’s billed revenue and is used to finance 86% of Sanral’s roads.”

Only 13% of Sanral’s roads are funded by tolls: state tolls account for 7.5% or 1,646 km of roads, generating 17% of revenue; concessionaire roads account for 6% or 1,288 km, generating almost nothing for Sanral. These figures are based on the last four financial years.

Read: How Sanral is robbing Peter to pay Paul

“If Sanral had received the revenue it originally invoiced over the past four financial years, which is around R23.2 billion if one excludes reversed invoices, it would have generated 34% of revenue from 1% of its road network,” says Duvenage.

The prospect of abandoning e-tolls is unnerving for the 1,200 ETC staff in Centurion, though the centre could be repurposed as a highway monitoring and public transport system, said Vermaak.

“Every road user has an account with us, and this could be adapted for any form of public transport system. The department of transport is looking at implementing transport corridors that will include subsidised transport, and this centre could be used to manage this. It is a world-class system and it would be a shame to see it die.”