Lessons for SA from Brazil

Anglo American is Brazil’s largest mining investor, which tells us something about ourselves. 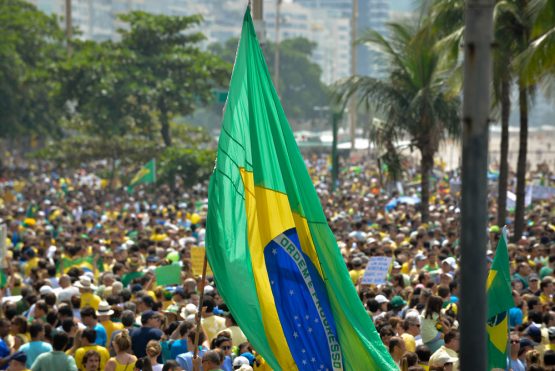 When it comes to attracting investment, SA could learn a thing or two from Brazil. The fact that Anglo American is Brazil’s largest mining investor should tell us something about ourselves.

Anglo is betting big time on Brazil, with a US$10 billion investment in the Minas-Rio iron ore project expected to reach production capacity of 26.5 million tons of iron ore concentrate a year, and the exploration and development of the massive Alta Floresta copper deposit in northern Brazil, covering some two million hectares. Anglo’s discovery has attracted other companies to the area, with mineral claims now expanded to 3.5 million hectares, explained Carlos Vilhena of law firm Pinheiro Neto Advogados at a recent presentation on mining in SA and Brazil.

Brazil recently created a mining agency headed by five independent professionals to fast-track the awarding of mining licences. Agency staff, who are mandated for five years and may not be sacked, will take over many of the functions formerly carried out by the Brazilian mining ministry. This is the same kind of fast-tracking agency that has attracted investment into other sectors, such as aviation and telecoms.

Soon, mining companies will be able to apply online for exploration licences and get approvals “within weeks”, according to Vilhena. In contrast, exploration in SA has been dying a slow death at the hands of an insouciant department of mineral resources, though new mines minister Gwede Mantashe has promised to change this with a R20 billion investment in geo-mapping to assist explorers. SA’s share of global exploration has dwindled to 1%, despite the country accounting for 94% of the world’s known platinum reserve, three-quarters of its chrome and nearly 20% of global vanadium.

Brazilian president-elect Jair Bolsonaro, known for his colourful language and disdain for criminals, plans to leave key finance and economic posts in the hands of market liberals. Like US President Donald Trump, he wants his legacy to be economic prosperity and massive job creation. 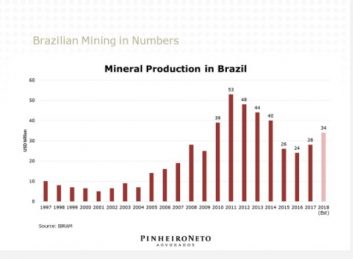 “This is the first time in a generation that Brazil has not had a socialist leaning government,” says Victor Salinas, a Brazilian business consultant. “It shows how fed up people are with the government.”

Brazil seems to have been through many of the brutal lessons SA is currently experiencing in attracting foreign investment and decided to get the government the hell out of the way. It’s applying the same fast-track methodology to infrastructure investment through its Investment Partnerships Programme (IPP), which has so far pre-approved 191 projects worth $62 billion.

In SA, major infrastructure projects are for the most part originated by state-owned companies such as Eskom, Transnet or government departments. In Brazil, the IPP allows private companies to motivate projects and has introduced new rules and tax benefits to encourage investment. Key areas for infrastructure investment have been identified, and public and private financiers are encouraged to get involved.

A case in point is the expansion of the Carajás Railway involving the construction of 570km of rail to link Serra Sul, the largest iron ore mine in the world, to the coast. Unlocking the huge wealth of Serra Sul would not be possible without the rail ink. This type of infrastructure project is seen as an enabler of economic growth and Brazil is pouring massive resources into rebooting its economy through projects of this nature. Similarly, SA will need the cooperation of other state-owned companies such as Transnet and Eskom to unlock mineral wealth. The 861km Sishen-Saldanha railway line was built in 1976 to provide port access for iron ore in the Northern Cape. More projects of this nature will be required to unlock SA’s mineral wealth, along with a long-term solution to Eskom’s faltering power supply which has been a key bottleneck frightening new mining investment away.

Brazil may not be the perfect model to emulate given its sluggish economic growth and the bloated welfare state, but in some respects, it is leagues ahead of SA, particularly when it comes to attracting investment. The creation of the IPP is proving a resounding success.

“Infrastructure projects are presented at the IPP secretariat and then prioritised and fast-tracked,” explained Adriano Trindade, also from law firm Pinheiro Neto Advogados. “Some projects are originated by the private sector and then adopted by the government. The priority sectors are energy, rail, ports, and transport.”

Brazilian mining investment is expected to hit $19.5 billion this year, up from $18 billion in 2017. Total capex among the major SA mining groups in 2017 was $3.4 billion (R48 billion), a figure that has been on the decline for several years. Peter Leon, partner at Herbert Smith Freehills, explained that SA’s regulatory uncertainty under former mines minister Mosebenzi Zwane had suffocated investment. The sector now appears to be turning the corner after the appointment of Mantashe to the ministerial post and the finalisation of a mining charter more agreeable to investors. Still, it takes months or even years for a mining licence to be issued by the department of mineral resources (DMR), something Mantashe plans to rectify.

Environmental approvals are another hurdle in mining projects, with several recent court cases going against the DMR. “Environmental controls should have remained with the department of environmental affairs (DEA), but you have two government departments involved in the process, and this adds delays,” says Leon. “The DMR does not have the competence to deal with environmental issues, so these issues should rest with the DEA.”

Entrepreneur lays bare how black firms are short-changed by Implats mine
9 hours ago
9 hours ago
PREMIUM!

Implats: Community unhappy over ‘nonadherence to equity procurement’
3 days ago
3 days ago
PREMIUM!

Entrepreneur lays bare how black firms are short-changed by Implats mine
9 hours ago
9 hours ago
PREMIUM!

Implats: Community unhappy over ‘nonadherence to equity procurement’
3 days ago
3 days ago
PREMIUM!