All that’s needed is for the operator to actually perform… 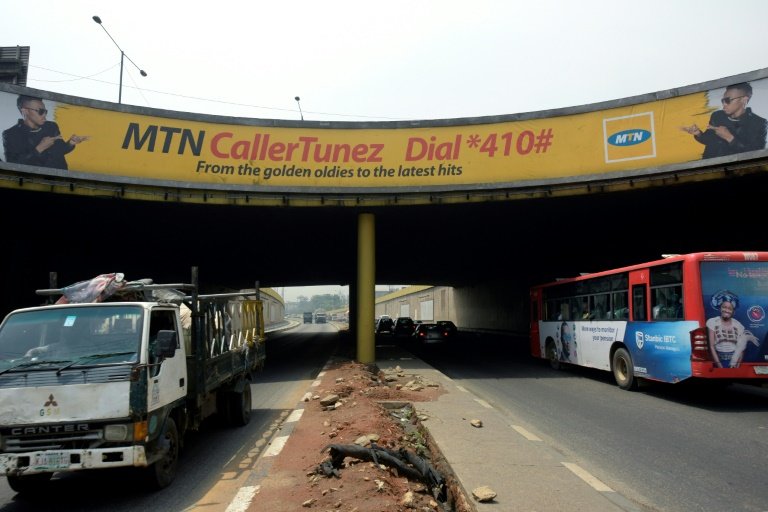 Africa's biggest telecoms market Nigeria shocked MTN and foreign investors in August when it ordered it to refund over $8.13 billion which it accused MTN of illegally repatriating to South Africa. AFP/File/PIUS UTOMI EKPEI

Eight MTN Group executives have netted over 1.3 million shares in the telecommunications giant, valued at R116.857 million at the market price (R87.79) when they were issued at the end of December. The shares, issued under the group’s 2015 performance share plan (PSP), vest in December 2021.

The group also detailed awards to five other executives who are named prescribed officers (as a guide, an award of 100 000 shares is worth approximately R10 million): 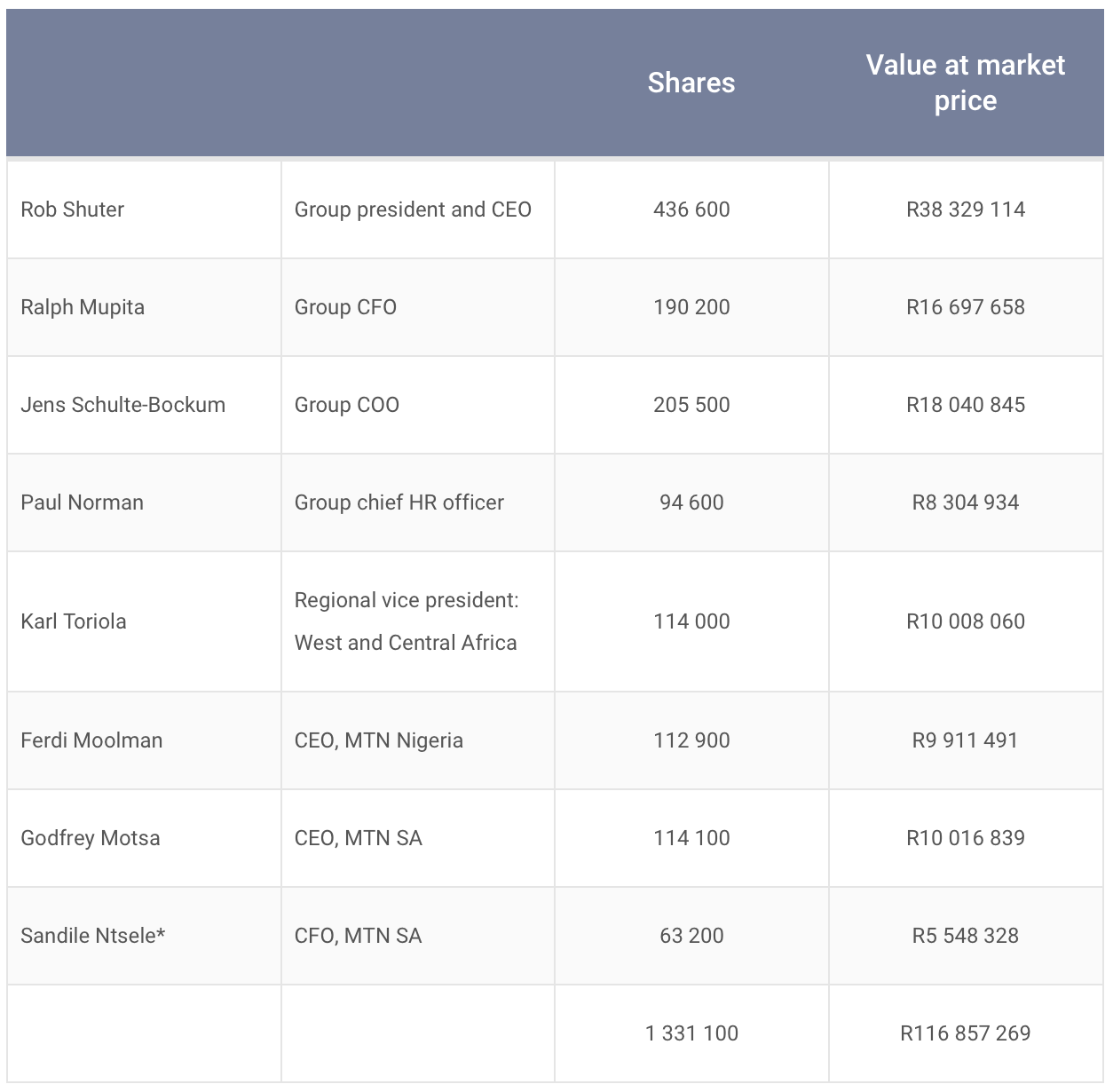 It must be noted that these are only shares awarded to the three executive directors and named prescribed officers. Employees at all managerial levels (junior through to senior/executive) are eligible to be awarded shares. As at end-December 2017, there were in excess of 16 million shares issued under this plan still outstanding.

From the allocations made in 2017, the following four metrics are used to assess performance under the PSP (each weighted 25%):

Given the performance in recent years, the group notes in its 2017 integrated report that zero conditions had been achieved for the awards made in 2015 (deferred to June 2016 and 2017). At the end of 2017, the executives and prescribed officers were awarded nearly 750 000 shares under the plan, significantly fewer than in December 2018.

Executives and management stand to make a lot of money from this plan. All that is required, however, is for the group to perform.

Aside from shares awarded under the PSP, the group granted special cash-settled share-based payment incentive awards to Shuter, Mupita and Schulte-Bockum in “lieu of unvested stocks or equity relinquished upon resignation from previous employment”. Shuter and Schulte-Bockum both joined from Vodafone operations in Europe, while Mupita moved from Old Mutual.

Shuter’s appointment is currently for a four-year fixed duration to March 12, 2021, while Schulte-Bockum is employed for a “limited duration period” terminating on January 15, 2021. Both of these dates are earlier than the vesting date of the shares awarded in December. Mupita’s appointment has no fixed duration.