The ‘complete lifestyle destination’ is set to take title from the Carlton Centre. 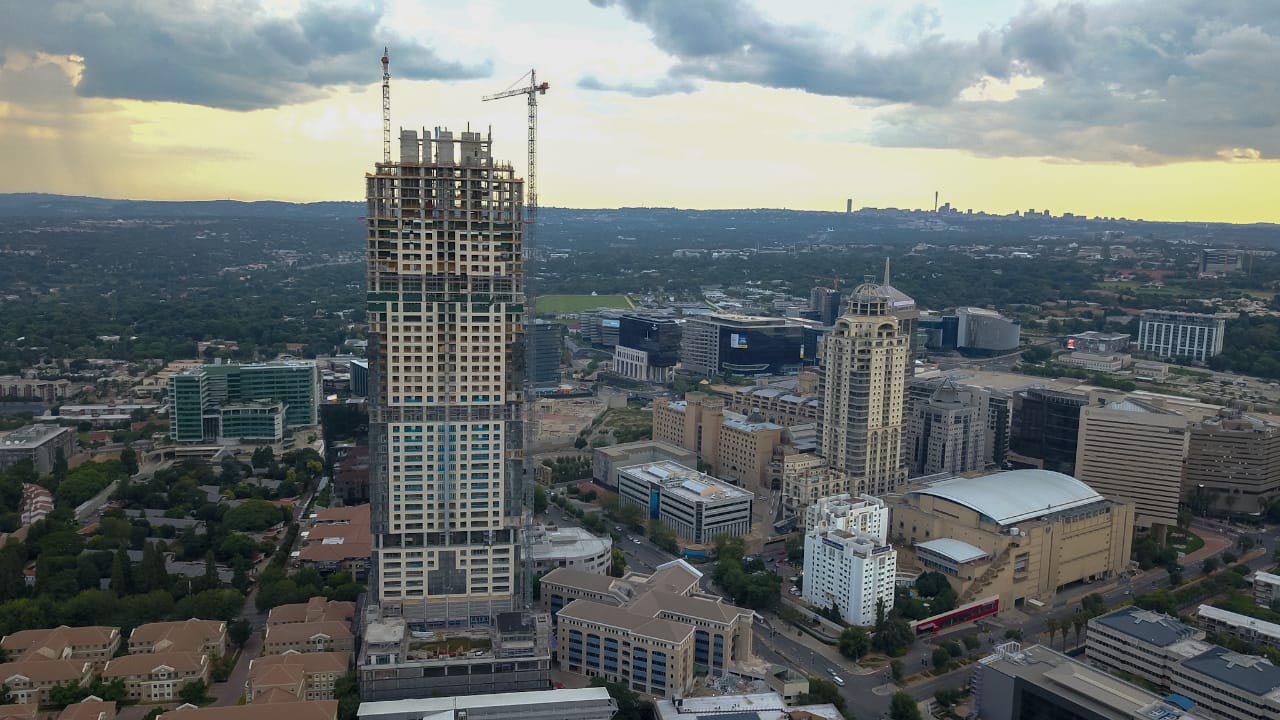 The Leonardo is scheduled for completion by the middle of the year. Picture: Supplied

South Africa’s financial hub Sandton is set to become home to the tallest building in Africa with The Leonardo – a 55-storey mixed-used property development by the Legacy Group and Nedbank – scheduled to be complete by the second quarter of this year.

The R3 billion skyscraper towering over Sandton Central can be seen for miles and will be some 230 metres tall. This will see the Leonardo pipping the height of the 223-metre Carlton Centre in Johannesburg’s CBD as the tallest building on the continent.

It also makes the Leonardo the tallest building to be constructed in South Africa since the 1970s, with the Carlton Centre now more than 45 years old. Construction on the Leonardo began three years ago. Some 2,000 workers are currently on site.

“We only made the decision to go beyond 50 floors in September 2018,” Legacy CEO Bart Dorrestein told Moneyweb this week. “We’ve said nothing and chose to let the structure do the ‘talking’ … The Leonardo is a beacon of hope and belief in the future of SA amid challenging times.” 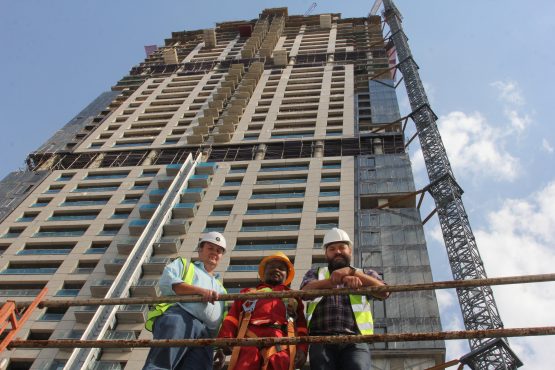 Located at 75 Maude Street, The Leonardo is a stone’s throw from the JSE and the mega shopping, business and leisure node surrounding Nelson Mandela Square and the Sandton Convention Centre.

“It seems like yesterday that Ken Reynolds of the Nedbank property division discussed the potential of developing the ‘Big Hole on Maude Street’ with the Legacy development team,” says Dorrestein. “The Nedbank-owned property at the time was full of water and had a small flock of resident Egyptian geese. Now, some six years later, The Leonardo has risen to tower over Sandton.”

The bank also partnered with the Legacy Group to develop the Michelangelo Towers, which opened in 2005.

Dorrestein says the new development will be a complete lifestyle destination – with 7,500m2 of sectional-title office space, some 250 apartments, a conference and business centre, speciality stores and restaurants, a gym and spa, and a crèche.

Future plans include the opening of an “extraordinary” six-star, 200-room (and suite) Legacy hotel.

The launch of eight luxury penthouses will include “one of the world’s most unique penthouse suites” – the 3,200m2 Leonardo Suite on the top three floors of the building, which features 1,900m2 of living space and 1,300m2 of garden and entertainment space “in the sky”, as Dorrestein puts it.

He would not comment on the price of this suite, other than to enthuse that it was “priceless”, and said about 40% of the penthouses had already been sold. Only 25 apartments remain for sale.

Legacy’s relationship with Sandton dates back to 1992, when the development of Sandton Square (now Nelson Mandela Square) commenced. Dorrestein expects The Leonardo to have a similarly positive impact on the future of “the richest square mile in Africa”.

Elaine Jack of the Sandton Central Management District has hailed the development of the Leonardo development and welcomed Sandton becoming home to the tallest building in Africa.

“Legacy has invested heavily in Sandton Central and this latest R3 billion development is a big vote of confidence,” she says. “Besides becoming a major attraction for Sandton, the Leonardo as a mixed-used development will boost the area’s appeal as a live, work, play destination.” 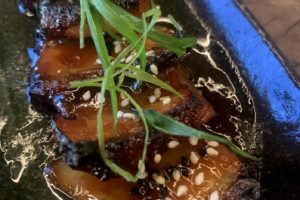 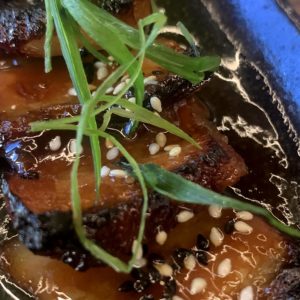