Gold mining is far from dead in SA

Amid a fresh round of predictions that the sector is on its last legs, but the figures show otherwise. 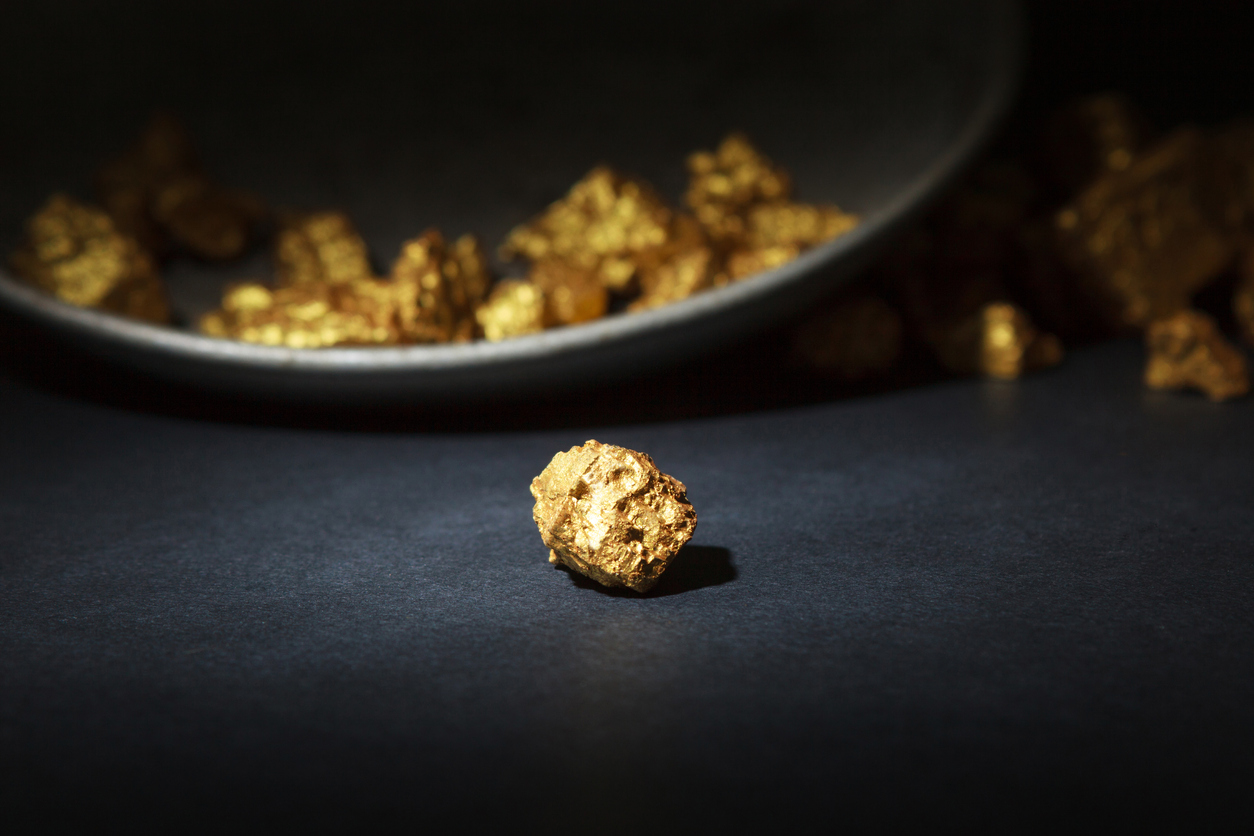 The performance of both funds has been outstanding over the past year. Picture: iStock

It’s been nearly 150 years since the formation of the Transvaal Gold Mining Company Limited in 1872. The first gold mining company to be registered in South Africa, it was formed following the discovery of gold on the farm Eersteling, near Polokwane. The mine was the first to import heavy machinery to mine gold.

Then came the discovery of gold in the Witwatersrand basin, which really got the industry really going.

For the last 50 years, gold mining in SA has been seen as a dying industry with its imminent demise predicted every few years. The same sentiments have been expressed in the past few weeks following AngloGold Ashanti’s announcement that it plans to sell its last remaining gold mine in SA, the Mponeng mine (previously the southern shaft of Western Deep Levels).

However, gold mines’ recent production figures tell a completely different story and lend credibility to speculation that several buyers will be knocking on AngloGold’s doors to do a deal. There are still three million ounces of gold to be mined at Mponeng, and further development could access another nine million ounces.

And it can be mined economically. Looking just at the figures of SA’s biggest gold producer, Sibanye-Stillwater, it is clear that gold mining is still viable in SA – and that it contributes significantly to the economy.

Analysis of Sibanye’s quarterly results over the last 10 years shows that the group basically maintained gold production at around 10 tons per quarter. Admittedly, this is much lower than in 2002, when the group produced between 12 and 14 tons of gold every quarter. One can see a definite declining trend, but it remains a remarkable volume of gold – and earns the company revenue of more than R1.5 billion a month.

Production at Gold Fields’s only remaining SA mine, South Deep, fluctuates wildly from quarter to quarter. In the three months to March 2018, it produced 1 089kg of gold compared to 343kg in the three months to December 2018 (a quarter that was marred by a strike). Gold production amounted to 1 485kg in the March 2018 quarter and more than 2.5 tons in the December 2017 quarter.

AngloGold’s Mponeng mine that is up for sale now produces nearly two tons of gold per quarter.

Gold worth more than R59bn a year well within reach

These figures show that the six listed mining companies have the potential to produce in excess of 100 tons of gold per annum – worth more than R59 billion at the current gold price and exchange rate.

The latest mining production and sales figures compiled by Stats SA show that SA gold mines sold gold to the value of R34 billion during the six months to March this year. The figures also show the significant effect of wage strikes on the sector during December 2018 and January 2019. Overall gold production was more than 30% lower in December compared to a year ago.

It had a pronounced effect on profitability. Sibanye was affected the most, and saw its operating cost increasing to R881 000 per kilogram of gold produced during the March quarter compared to a gold price of R588 000. Capital expenditure to sustain mining and develop new mining faces saw its costs increase to more than R935 000 per kg.

Even in the face of such devastating problems, gold mining remains profitable, with the notable exception of Gold Fields, which is struggling to mine the troublesome South Deep ore body.

A comparison between the gold price and production costs, including capital expenditure to sustain operations, gives a quick and reliable indication of the potential profitability of a mine. The figures show that gold mines do make money. During the last quarter to March 2018, gold mines reported receiving just below $1 300 per ounce for their gold, while maintaining costs to make profit at operating level. 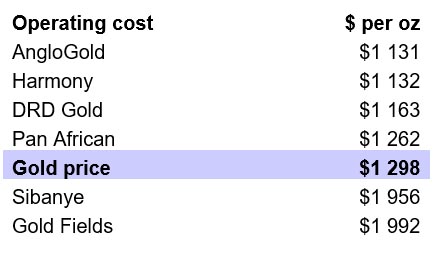 Neither gold production nor profitability (or dividends) are near the levels seen in the truly golden years of 1960 and 1980 when the SA gold mining industry reached its peak. Since then, miners are increasingly needing to dig deeper – up to four kilometres below the surface – while gold content per ton of ore has decreased significantly.

Mining groups are scraping profits from underground ore with an average yield of around 5.5 grams per ton, and surface material with yields of less than 0.5 grams per ton against a backdrop of increasing costs. AngloGold’s Mponeng mine, with recovered grades of between 7.5 grams and 8.5 grams per ton, looks enticing in comparison with these figures.

A sector that earns its keep

Data compiled by the Minerals Council South Africa shows that while gold production has declined steadily since 2008, the country still produced 132 tons of gold worth nearly R70 billion in 2018 – and the industry still employs more than 100 000 people.

Despite low profitability, gold mining companies contributed handsomely to tax covers by paying around R560 million in mining royalties. Its employees paid tax on their total earnings of R26 billion, as did thousand of other employees in companies supplying gold mines with everything from wood, steel and tools to work wear and food.

The Minerals Council lists a host of challenges facing the industry – from high salary increases, policy uncertainty, the controversial changes to the Mining Charter and limited investment to high electricity prices, lower grades and the effects of illegal mining.

Despite these challenges and predictions that the gold mining sector in South Africa is dying, the industry continues to survive, is still of economic importance, and has the potential to last decades longer.

It seems logical that gold mines will still be around for another few decades.