Aveng institutes legal action against SOE for non-payment of R50m

Aveng CEO Sean Flanagan declined to identify which state-owned enterprise the group had instituted legal action against, saying they are expecting payment in September. Aveng is involved in the expansion of the Marina Bay Sands resort in Singapore. Image: Supplied

Aveng, the JSE-listed construction and engineering group, has instituted legal action against a state-owned enterprise because of non-payment of R50 million for a completed contract.

The group, which in 2018 launched a major strategic action plan to return it back to financial health, on Thursday also revealed that it expects to achieve an operating profit in the second half of its current financial year when all of its non-core asset disposals are expected to have been finalised and moved out of the group.

Sean Flanagan, chief executive of Aveng, declined to identify which state-owned enterprise the group had instituted legal action against.

“It has not gone into open court yet and we haven’t made it public. We have instituted proceedings in the case and that client subsequently wrote to tell us they are going to pay us in the first week in September.

“If that happens, the court case will fall away – and we are hopeful it will,” he said.

Adrian Macartney, group finance director at Aveng, said the group did not traditionally have a problem receiving payment on contracts once they had been invoiced – but had noted in the South African market that certain large players, notably state-owned enterprises, did fail to pay their debts on time.

They are the Terminal 1 building at Perth Airport, an oil and gas project for a Clough joint venture and Aveng’s design advisors for the Gold Coast Rapid Transit System in Queensland.

Macartney said the group is negotiating with the parties on all three claims while simultaneously pursuing litigation.

“We would obviously prefer to have a negotiated settlement than litigation – but, if required, we will pursue the litigation against these parties,” he said.

Macartney said the non-core operations also contributed significantly to the loss but that the group anticipates moving out of these loss-making businesses with the finalisation of the non-core disposals in the current financial half year.

Flanagan added that once these disposals are finalised and transferred and the group only has two core businesses in McConnell Dowell and Moolmans, the group will have to go through a process to reduce its central costs, including reducing staff and premises, on a phased basis.

Macartney said overhead costs in the year to June included more than R200 million spent on external consultants, lawyers and bankers in terms of the restructuring.

“A large portion of that would, we anticipate, not be repeated,” he said.

Aveng executive chair Eric Diack said the group had announced R1 billion worth of disposals and received cash of R520 million from those that had been finalised.

Diack said all the disposals are expected to be completed by March next year.

“We are trying to create liquidity out of the disposal process and strengthen our balance sheet,” he said.

This was attributed primarily to the implementation of the strategic plan. Cash and bank balances, excluding bank overdrafts, decreased to R1.6 billion from R2.1 billion and the net debt position reduced to R540 million from R1.2 billion.

The order book for the group’s core assets grew by 36% to R17.7 billion at end-June.

Shares in Aveng dropped 33.3% on Thursday to close at 2c. 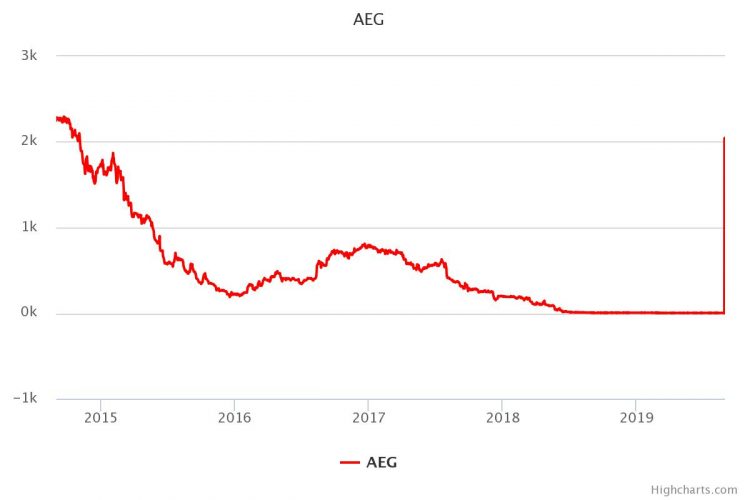