Moyo heads back to work – again

Axed Old Mutual CEO Peter Moyo plans to return to his office for the third time. But the insurer insists that he is not welcome. The showdown is set to take place at Old Mutual’s swanky headquarters in Sandton on Wednesday. Image: Moneyweb

While Old Mutual and axed-but-reinstated CEO Peter Moyo are preparing arguments for another leg of their dizzying court spat, another showdown is looming between the adversarial parties.

The showdown, which has been set for Wednesday at Old Mutual’s swanky headquarters in Johannesburg’s Sandton, has been seen before and will probably be mirrored for the third time.

On Tuesday, Moyo said he plans to return to his office and resume his CEO duties on Wednesday morning, three months after he was fired (on June 18) over an alleged conflict of interest involving NMT Capital, a private equity firm he co-founded in 2002 and in which Old Mutual has a 20% stake.

Moyo was accused by SA’s second-largest insurer of declaring dividends worth R105 million at an NMT meeting he chaired on July 4, 2018, and wrongfully pocketing R30 million worth of these dividends. Meanwhile, Old Mutual said it didn’t receive dividends, breaching its rights as a shareholder.

Moyo wants to work on things

Speaking through his lawyer Eric Mabuza, Moyo said his next attempt to return to work is aimed at “working towards an end to this matter”, which has dragged on for nearly four months and weighed on Old Mutual’s share price. 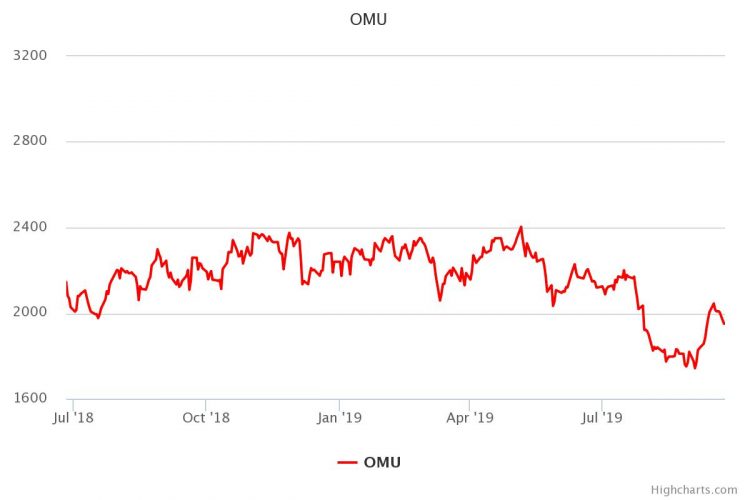 Moyo’s resolve to return to work has been bolstered by the Johannesburg High Court, which ordered on Friday that he can charge Old Mutual’s 13 board members, including chair Trevor Manuel, for contempt of court. Judge Brian Mashile also ordered that Moyo can introduce a second letter he received from Old Mutual on August 21, which terminated his employment contract for the second time (effectively firing him again), as evidence for the contempt of court proceedings.

A contempt of court charge relates to being disobedient or disrespectful towards a court of law regarding its orders or overall authority. If found guilty, the offence comes with sanctions including hefty fines or imprisonment for a period determined by a court.

The high court’s latest order means that Manuel and his board colleagues will have to convince the court – through submitted affidavits over the next 10 days and a high court hearing over the next 30 days – why they should not face hefty fines or imprisonment.

Moyo wants board members to be imprisoned for six months or a period determined by the court. This latest court process will see Moyo and Old Mutual being tied to another court process over the next 30 days, which will protract their dispute.

Moyo wants to charge Old Mutual board members with contempt of court because of their “failure” to comply with a July 30 high court order that temporarily reinstated him as CEO and blocked the insurer from appointing his successor.

He said Old Mutual also “failed” to comply with a September 6 order by the same court, which dismissed the insurer’s application for a declaratory order that blocked Moyo from returning to work until Old Mutual’s appeal process against the July 30 order is concluded.

Essentially, the same court (and judge, Mashile, who delivered both orders) has ordered twice that Moyo must be reinstated, which has become an embarrassing event for Old Mutual.

Moyo said his planned return to Old Mutual on Wednesday would be to offer Manuel and other board members a “further opportunity to mitigate its contempt of court” by complying with the July 30 and September 6 orders. Moyo is offering Manuel and his board colleagues a chance to retreat from fighting him in court and allow him to return to work before the dispute gets messy. After all, individual board members might be jailed if found guilty of contempt of court.

But Old Mutual still insists that Moyo is “not permitted nor required to return to work” – meaning that he will likely be prevented from entering an office he once occupied and limited to general access of the building and its coffee shops (which are also open to the public).

Moyo has been blocked from entering his office twice: on July 31 after the high court reinstated him as CEO, and on September 9 after Old Mutual’s application for a declaratory order was dismissed.

In a statement on Tuesday, Old Mutual said Moyo cannot return to work because the second letter issued to him on August 21, which terminated his employment contract, “remains valid and its validity has not been challenged”.

However, Moyo insists he has challenged the validity of the second letter (now officially admitted to court) because he informed Mashile in August about it to demonstrate that Old Mutual is allegedly in contempt of court. Old Mutual is appealing against the July 30 order and expects the appeal process to be heard between November 4 and December 6.