Shares of US drugmaker Gilead Sciences rocketed higher Friday following a report recounting a promising performance for an antiviral medication being tested to treat the coronavirus. 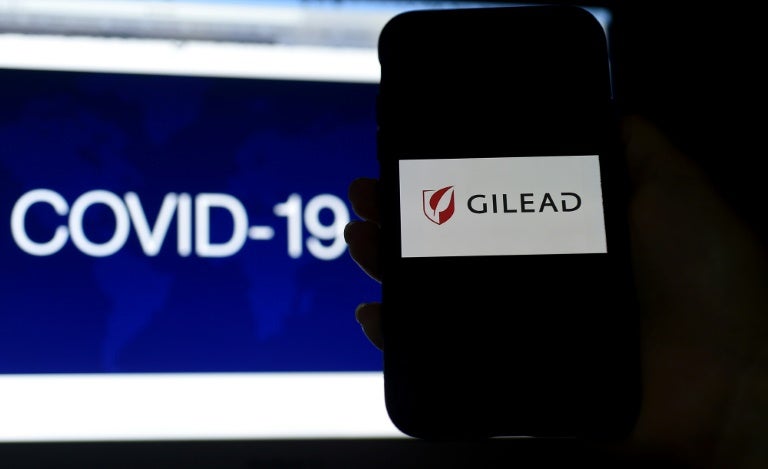 Gilead Sciences has not commented on a report indicating positive results for a medication aimed at treating the coronavirus. AFP/File/Olivier DOULIERY

The report in Stat News described a video discussion in which the head of clinical trials at the University of Chicago Medical School said almost all of the patients in a research group had been discharged after being treated with Gilead’s remdesivir.

The California-based company’s shares jumped 8.0 percent to $82.65 in late-morning trading after earlier surging as much as 12 percent.

On April 10, Gilead commented only cautiously following a positive writeup of another remdesivir study in the New England Journal of Medicine.

Researchers in the New England Journal study analyzed data from 53 patients, 25 of whom were discharged and seven of whom died.

Limitations in the study included “the small size of the cohort, the relatively short duration of follow-up… and the lack of a randomized control group,” the article said.

Still, the data “suggest that remdesivir may have clinical benefit in patients with severe COVID-19,” the article said.

Following the New England Journal piece, Gilead Chief Executive Daniel O’Day said seven clinical trials have been launched on the drug and the company expects to have preliminary data for patients with severe symptoms by late April.

“We are working with intense speed to determine whether remdesivir could be an option and we are committed to sharing information when it becomes available to us,” O’Day said.