People lack confidence to return to hospitals for planned surgery, especially with the increased number of Covid-19 patients being admitted. JSE-listed healthcare giant Netcare saw revenue “significantly impacted” in April, to the tune of around R800 million. This was due to Covid-19 lockdown restrictions causing a dramatic decline in hospital admissions for elective surgery, trauma and other medical cases.

This was confirmed by Netcare CEO Dr Richard Friedland during an interview with Moneyweb on Monday, following the release of the group’s interim financial results to the end of March 2020.

The group’s half-year results statement notes an “indicative impact” of R143 million in lost revenue for March. This effectively means the group has taken a R943 million hit to its revenue over the March and April period alone as the pandemic disrupts normal operations.

Friedland said that from an Ebitda (earnings before interest, taxes, depreciation and amortisation) level, the impact for March stands at R64 million, while for April it equates to around R150 million. 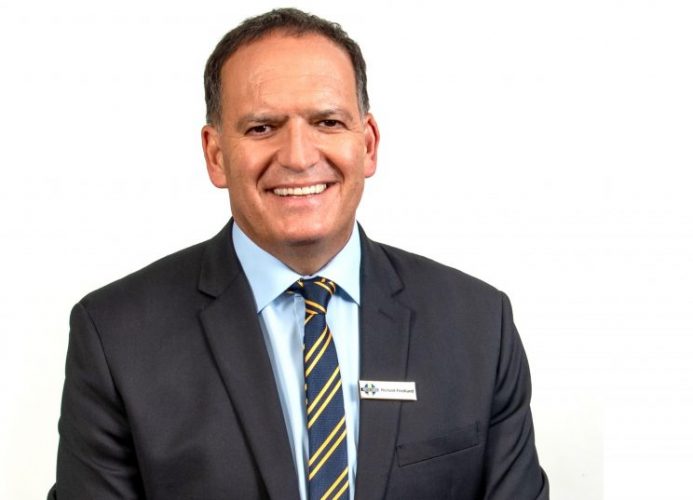 “Last year we had around R1.8 billion in revenue in April, and this year we saw around R1 billion. So the lockdown resulted in around R800 million less in revenue. However, with the easing of the lockdown, we have seen a 15% increase in admissions thus far in May, compared to April,” he added.

Netcare’s adjusted headline earnings per share from continuing operations declined 6.3% to 79 cents (2019: 84.3 cents), inclusive of the adverse trading conditions in the month of March 2020 related to Covid-19.

Speaking to analysts, Friedland described operations as “business as usual” for the first five months of Netcare’s half-year, with the group delivering “a solid underlying performance” that was in line with its market guidance until the end of February 2020.

“On 9 March, we treated our first Covid-19 case and March became a transitionary period … [Netcare was] materially impacted by extensive Covid-19 preparations and curtailed [normal] patient volumes,” he noted.

“The month of April was significantly impacted by the Covid-19 lockdown, in particular affecting non-urgent surgery, medical and trauma cases … Given the impact of Covid-19 on our performance from March, trying to determine the impact for Netcare going forward is critically important,” he added.

Friedland said the group had developed its own internal models to better deal with the pandemic.

“The potential impact of Covid-19 introduces significant forecast risk. We believe that further margins will be impacted by increased risk mitigation costs, lower volumes and significant changes to case mix,” he pointed out.

Following outbreaks of the virus at two of its hospitals in KwaZulu-Natal in April, Moneyweb reported Netcare’s investment of R450 million into its Covid-19 battle. This included R150 million into its intensive care units and for purchasing new ventilators, while the balance of around R300 million was used to buy new personal protective equipment (PPE) for staff.

Friedland told Moneyweb on Thursday that as part of the group’s increased Covid-19 risk mitigation efforts, it was investing a further R500 million in acquiring additional PPE gear.

“This effectively brings our investment in PPE to R800 million, as we boost our supplies ahead of the peak of the Covid-19 pandemic in South Africa, which we expect between July and August,” he said.

Meanwhile, Friedland said that given Netcare’s “dramatic change in performance in March and April” and the high level of uncertainty, the group had taken a number of unprecedented precautionary steps.

“These include withdrawing our full-year guidance due to the high degree of uncertainty in the second half of our financial year; suspending the interim dividend to preserve cash; effecting other cash preservation measures [such as putting R800 million in capex projects on hold and reduced usage of agency staff]; obtaining a precautionary covenant waiver; and we have secured R4.8 billion of committed facilities to bolster liquidity,” he said.

Commenting on the impact of Covid-19 on Netcare’s performance on the MoneywebNow podcast with Simon Brown on Tuesday morning, Mia Kruger, director at Kruger International Asset & Wealth Management, said most hospital groups would have “less money to bank on” due to Covid-19 restrictions and people putting off planned operations.

“I don’t think people will have the confidence to return to hospitals for planned surgery quite soon, especially with the increased number of Covid-19 patients being admitted to hospitals … And, the peak is still to come,” she said.

“Hospitals have very high running costs … If they don’t get admittances on a daily basis these costs are not met and they run into a negative [situation],” added Kruger.