Why Egypt has outgrown SA

‘It’s not so much about the rise of Egypt but rather the decline of SA: economist Lesiba Mothata. 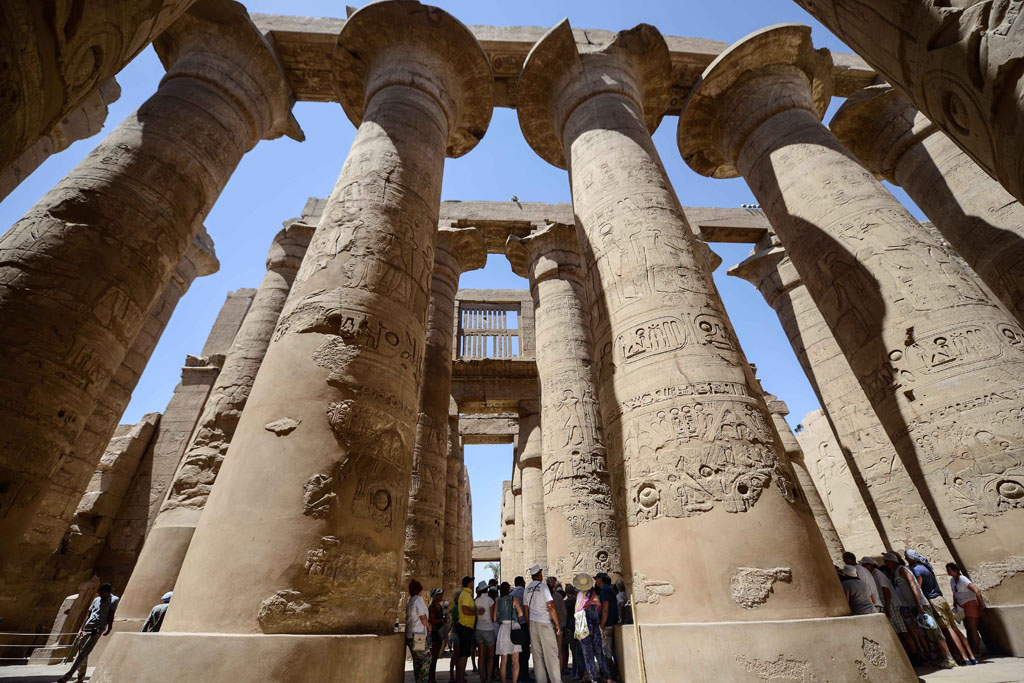 Tourists visit Karnak temple in Luxor, a town 700 kilometres (435 miles) south of the Egyptian capital, Cairo, on June 11, 2015. The ancient temple was open as usual despite a foiled suicide and gun attack on the world-famous site that police said would have been a "massacre". AFP PHOTO / MOHAMED EL-SHAHED

That Egypt has leapfrogged South Africa to become the second largest economy on the continent, after Nigeria, is sobering but hardly surprising, say economists.

Citing data from the International Monetary Fund (IMF), a KPMG report showed Egypt’s nominal gross domestic product (GDP) rose from $301 billion in 2014 to $331 billion in 2015. South Africa’s total productive output fell from $350 billion to $313 billion over the same period. “Were it not for the rand’s slump, South Africa would not have surrendered its second place during 2015,” said KPMG. Now, further analysis shows that the North African country has also trumped South Africa in terms of GDP adjusted for purchasing power parity (PPP), a comparative value of money which takes inflation into account. “PPP numbers can mostly be used to say which economy is bigger or smaller than the other based on purchasing power. In this case, it is again Nigeria at the top followed by Egypt and South Africa during 2015,” KPMG economist Christie Viljoen said.

“It’s not so much about the rise of Egypt but rather the decline of South Africa,” said Investment Solutions chief economist Lesiba Mothata. He said the shrinking mining and agriculture sectors as well as the beleaguered manufacturing sector have contributed to the South Africa’s economic decline.

Viljoen added that South Africa’s challenges are largely political in nature. “Changes in Cabinet, the fallout from insufficient investment in electricity-generating capacity, problems with profitability at factories and mines due to labour costs, and low business confidence all have a notable political factor to them,” he said. Political turmoil has also weighed on Egypt’s economy, with real GDP growth still below the levels reached prior to the Arab Spring protests in January 2011. “War-like periods force countries to implement economic reforms, which Egypt has embraced. They’ve opened the country up for investment and increased infrastructure spend, which lead to a return in foreign direct investment (FDI),” Mothata said. According to data from the United Nations Conference on Trade and Development (UNCTAD), FDI into Egypt rose 56% to $6.7 billion in 2015, whereas flows into South Africa fell 74% to $1.5 billion.

While the rout in commodity prices has weighed on South Africa, Egypt’s lessening dependence on oil exports acted as somewhat of a buffer against the collapse in oil prices. “Egypt is now a net importer of oil so low global oil prices have had a slight positive effect, especially on its fiscal accounts,” said Jacques Verreynne of NKC African Economics.

“Although Nigeria and Egypt’s GDPs have surpassed that of South Africa, South Africa is still a more developed and stable economy, as is clear from its vastly superior sovereign credit rating,” said Verreynne.