Megabrew: Between a rock and a hard place

Post Brexit, the SAB board must make a decision in the best interests of all shareholders. The beer deal of the century – Anheuser-Busch InBev’s planned acquisition of SABMiller to create the so-called MegaBrew, a company that will command a 50% share of global beer earnings – has by all accounts proceeded swimmingly thus far.

Regulators in Europe and North America have given the deal the thumbs-up, following the disposal of SAB assets Peroni, Grolsch and Pilsner Urquell in Europe, and MillerCoors in the US.

In South Africa regulators were appeased in record time, following AB InBev’s agreement to sell SAB’s 27% stake in Distell and other concessions, including the promise not to retrench staff for five years.

China is the last regulatory outpost, but this is not expected to be problematic considering AB InBev has agreed to sell SAB’s stake in CR Snow to the joint venture partner on the ground.

Once the preconditions were met, the board of SAB was to review the deal – a mere formality – and the process to complete the scheme of arrangement (a method to effect a take-over) was scheduled to begin. The interesting thing about this is that it lets AB InBev rely on SAB to negotiate with its shareholders collectively and then bind them to the arrangement agreed to by the 75% majority. No hiccups were expected and research company Bernstein estimated that the deal would be closed after September this year.

However, the world changes fast.

When the deal was clinched last October, the merging parties could not have anticipated that the UK’s decision to exit the European Union would have a material impact on the deal. However the fall in value of the pound (combined with a rise in the FTSE consumer goods index) is making AB InBev’s cash offer to shareholders far less attractive than it was.

Now commentators and shareholders including Aberdeen Asset Management, which is one of the bigger investors in SAB, are suggesting that the SAB board walk away from the deal.

When the original deal was announced in November, the partial share alternative (PSA) – designed largely for shareholders Altria and the Santo Domingo family – was worth about £39 pounds ($51.45). The cash offer – which will apply to 59% of investors – was £44 pounds per share.

But the recent fall in the pound and rise in AB InBev’s shares have increased the value of the PSA to about £51, representing a premium of around 15% to the cash offer. At the same time the cash offer is a mere 6% up on the prevailing share price (compared with 33% at the time the deal was announced).

As a result, pressure has been building on the SAB board to go back to the negotiating table. At the AGM last Thursday chairman Jan du Plessis agreed that the board would reconsider the offer once regulatory hurdles had been cleared.

Throughout the merger process AB InBev CEO Carlos Brito and his team have made few missteps. Thus this week the company moved fast to allay shareholder concerns and increased its cash offer for SAB by just over 2%, from £44 to £45. At the same time, the cash element of the PSA was increased from £3.78 to £4.66.

“We estimate that the increased offer now represents an 8% premium to the ‘fair value’ of SAB,” wrote Bernstein beverage analyst Trevor Stirling in a recent research note.

While some shareholders may find this unsatisfactory there may not be much further scope to increase it – for two reasons. According to Bernstein the offer is a “final bid”, which means that under UK takeover rules AB InBev will not be allowed to increase this bid from its new £45 level.

In addition, Stirling says, AB InBev is already paying a very full price. Bernstein estimates that following the disposals of the MillerCoors and CR Snow stakes, along with European assets, AB InBev will be paying in excess of 19x EV/EBITDA for the assets that it is retaining. This could rise if SAB is forced to dispose of its Coca-Cola bottling assets.

So what is the SAB board to do? Will the shareholders be better off accepting the current offer, or should it allow the deal to lapse? In that case the board could attempt to renegotiate it or go it alone in a low-growth world.

What is clear is that the deal is strategically important to AB InBev. Post acquisition, it will have retained the most attractive bits of SAB – notably the high-growth Latin American and African businesses, says Stirling.

For SAB the benefits are less obvious and a minority of SAB shareholders seem to believe that the company would be better off going it alone. The scheme of arrangement requires approval by 75% of shareholders and at this point the dominant shareholders – Altria and the Santo Domingo family – are entitled to vote.

If the deal is to be vetoed, 26% of shareholders must be persuaded.

The next few weeks will be interesting. 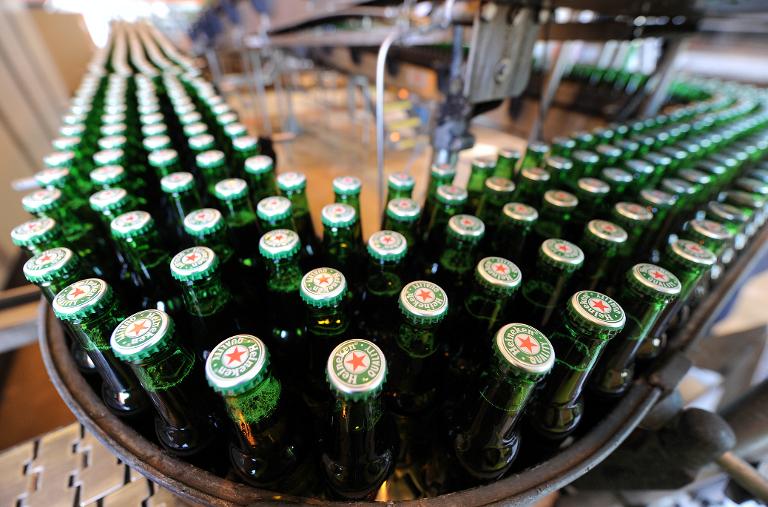