Moneyweb recently reported that the electricity bill for the same business could vary by up to 72%, depending on the metro it is situated in. 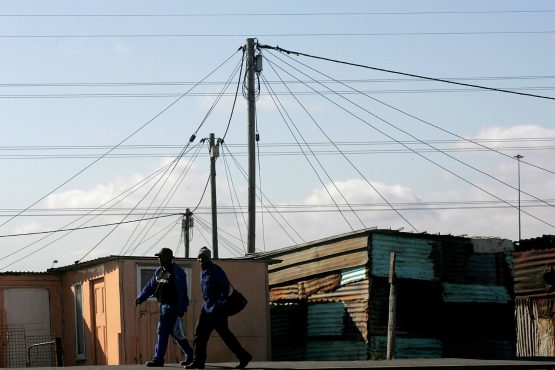 The fact is that the vast majority of municipal distributors don’t properly understand what it costs to supply electricity to different categories of clients within their distribution areas, says energy expert Dr Johan Delport.

Delport has conducted the cost of supply study for Ekurhuleni, one of the few metros that have so far completed such a study. He has also completed similar studies for two secondary cities and one small local municipality.

National energy regulator Nersa has set a deadline of April 1 2017 for all municipalities to submit implementation plans for undertaking cost of supply studies. It told Moneyweb that 29 out of the 278 municipalities have responded so far.

Delport agrees that the uptake has been slow, which is a concern bearing in mind that electricity revenue is one of the major sources of income at all municipalities.

He says cost of supply studies could provide a rational basis for consumer groups to engage municipal suppliers about the fairness of tariffs before they are approved and to challenge them if users feel they are not being heard.

Municipal electricity tariffs can be quite complex, with in some cases 42 tariff variations in a metropolitan municipality. A cost of supply study would be aimed at determining the total cost of supply per tariff group, that is residential, industrial, commercial and agricultural users.

That includes bulk purchases and technical losses, the replacement value of infrastructure, salaries, maintenance and billing costs, non-technical losses which includes meter tampering and electricity theft and the profit or surplus the municipality is left with.

For the current tariff year Nersa gave a benchmark that set bulk purchases at 75% of total cost, salaries and wages at 10%, repairs at 6%, capital costs at 3% and “other costs” at 6%.

Delport says the expense of having a cost of supply study done is insignificant for a municipality. A big metro could be charged a few hundred thousand rand while their annual budgets are multiple billions of rands. If done correctly, it would however prevent a municipality from over- or undercharging its electricity customers.

While municipalities are allowed a measure of cross-subsidisation between customer groups in accordance with its policies, some of the studies that have been done so far have disclosed surprising, if not shocking results in this regard. “We have found instances where households were subsidising commercial users by 20%,” Delport says. The norm is for commercial customers to subsidise households by about 15% and the municipality in that instance had no idea of the real situation.

Delport says overcharging is however less prevalent than undercharging. In some customer categories they found undercharging equal in value to 30% of the electricity volume. That would result in a hole in the municipal purse that could weaken its finances significantly over a period.

A municipality could rectify something like that over a number of years to prevent any price shocks to consumers.

In Ekurhuleni bulk users were for example found to be undercharged and subsequent tariff applications provided for it to be progressively rectified over three years.

Tobie Nortjé, business manager at BB Energy that worked on the projects with Delport, says cost of supply studies should be repeated every five years. It is important to get the data including load profiles from the municipality. This is then analysed to get a good understanding of technical losses and to plan ahead for changes in the market, for example demand reduction due to more users using solar power.

Some of the smaller municipalities don’t have the data available, in which case data from similar distributors is used. “This is not ideal, but it at least provides some basis for the study,” Nortjé says.

In many cases municipalities’ asset registers are outdated and do not include replacement value of spares and equipment.