Porritt to judge: ‘Will you assume he is a liar?’

Sue Bennett, accused number two in the long-awaited Tigon trial left the High Court in Johannesburg sobbing on Thursday afternoon April 13 while an enquiry into her ability to stand trial was still underway.

Bennett, together with Gary Porritt is being tried on more than 3 000 counts of fraud, racketeering, and contraventions of the Income Tax Act, Companies Act and Stock Exchange Control Act relating to the collapse of JSE-listed Tigon more than fifteen years ago.

She brought an application the previous day to be excused from court for the duration of the enquiry. Judge Brian Spilg however dismissed the application due to lack of evidence.

No evidence has been led in the main trial so far this year after Bennett, who after her arrest in 2003 was released on her own recognisance, failed to appear in court in January and several times thereafter. Pietermaritzburg psychiatrist Maria Debrova diagnosed her with severe anxiety, major depression and burnout and recommended that she be divorced from court proceedings until March 31 to allow her to recover.

Porritt supported the recommendation and earlier stated in a strongly worded affidavit that Bennett suffered from high blood pressure and heart disease. He described in detail how he fears that she might drop down dead as did his grandmother who suffered from the same conditions.

Judge Brian Spilg ordered an enquiry into Bennett’s state of health and her ability to stand trial and subpoenaed several medical professionals to testify. His findings will inform the way the trial is conducted further and he might consider separating the trials of the two accused.

The state has earlier proposed that Bennett be excused and the trial continue in her absence while being supplied with audio and video recordings of the proceedings, but she insists that she wants to be present as is her constitutional right.

With regard to her application to be excused for the duration of the health enquiry, adv. Etienne Coetzee SC, for the state on Friday, said the state would not oppose that, but then it should be extended to include the main trail. She cannot pick and choose which part she wants to attend, he said.

Coetzee further placed it on record that Bennett only became upset in court when Porritt cross examined cardiologist dr. Robert Blake, who examined Bennett for the court. Blake testified that she suffers from mild hypertension and her heart condition is stable following bypass surgery in 2010. He said there is no reason related to her heart, that would render her unfit to stand trial.

Porritt, who represents himself in court, tried to question Blake’s credibility by focusing on inconsistencies in his testimony about the number of emails his practice receives daily. Spilg stopped the line of questioning and said when assessing the evidence he would assume the office administration “is a mess”. An agitated Porritt virtually shouted at Spilg: “Will you assume he is a liar?”.

Coetzee described Porritt’s conduct as “unbecoming and aggressive towards the court” and placed it on record that Bennett only started sobbing during this interaction between Porritt and Spilg.

Spilg said he did not perceive Porritt’s behaviour as such and would have responded at the time if he did.

Adv. Annalene van den Heever, who represents Bennett for the purposes of the health inquiry, told the court that Dobreva was making arrangements to have Bennett hospitalised.

She further stated that Bennett has not yet submitted an affidavit of her assets and liabilities to Legal Aid. This is required to finalise an application for legal aid.

Spilg earlier ordered Bennett to either submit the application or if she fails to do so, explain the reasons for her failure. Bennett is representing herself in the main trial and it is expected that obtaining legal counsel would lessen her trial-related stress. Her application for legal aid was submitted last year, but stalled because she failed to disclose her assets and liabilities.

Van den Heever said she has emphasised to Bennet the need to comply with the Legal Aid process and that it is being attended to.

Coetzee placed it on record that the State was told Bennett does not want Legal Aid.

He said if the court finds that Bennett is unfit to stand trial, she should be sent for observation.

The trial will resume on June 5 when Debrova will resume her testimony. In the meantime Bennett and Porritt will participate in a civil trial.

Van den Heever said Debrova would monitor Bennett’s condition in the interim and notify the court if she recovers before the trial resumes. 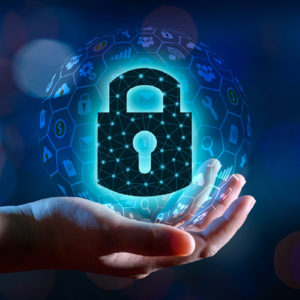 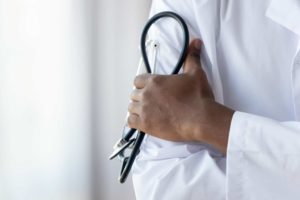 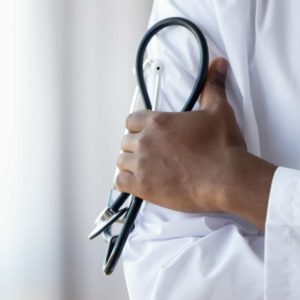 Need help choosing the right medical-aid option for 2022?
2 days ago
2 days ago

Need help choosing the right medical-aid option for 2022?
2 days ago
2 days ago