‘We’ll turn our economy around, whether people like it or not’ – Ramaphosa

He added that, in spite of the criticism being levelled at the government’s national health insurance plans, it would go ahead. 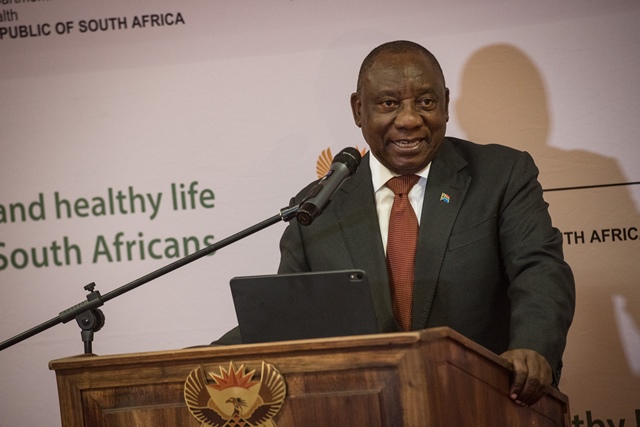 ANC President Cyril Ramaphosa has once again preached unity, not just for the sake of the party he leads, but for South Africa’s economy.

Ramaphosa was responding to some of the issues raised by women during a dialogue he participated in with the ANC Women’s League in Parktown on Tuesday evening.

The president, who once again committed to investing in young people, said there were plans to continue raising investments to grow the country’s economy.

Last year, Ramaphosa managed to raise R300 billion in investments. He said an investment summit, set for November, was aiming to attract even more opportunities for South Africa, but he warned that perceptions of the state of the country could hinder his ambitious vision.

“When they see us, fighting and arguing amongst ourselves, whether ourselves in the governing party or in the country broadly, they think there is political instability and they walk away with their dollars and pounds. I want those dollars and euros to be here,” he said.

Ramaphosa said the investment community wanted to see a South Africa that was “seriously” and “irrevocably” committed to its own development.

He said the image of a conflicted country also affected local investors, who were his key focus.

“We will turn our economy around, we will turn it around whether people like it or not,” said Ramaphosa, to warm applause from the within the marquee, which was filled with women from the league and several men who had come to listen.

He admitted that South Africa, which had failed to reduce unemployment over the years, was experiencing a “challenging economic cycle”, which was worsened by state-owned enterprises, particularly electricity provider Eskom.

“Our problems didn’t start yesterday, they did not start last year, they have been there for the past 10 years or more.”

Ramaphosa said the government needed to correct these problems and reposition the country’s economy, and promised to come up with clearer strategies of how it would do so.

Ramaphosa said, in spite of the criticism being levelled at the government’s national health insurance plans, it would go ahead.

The much anticipated NHI Bill was tabled in Parliament last week and has mostly attracted severe criticism. Many have raised concerns over its expected funding model, and how it will impact on medical aids and relate to specialist health practitioners.

“I would like to say the NHI is here to stay, whether people like it or not… it’s going nowhere,” said Ramaphosa. He said many health professionals were behind the NHI and that it was going to take off.

“In the past few days there has been too much criticism against the NHI, but it flies against what we did recently when Dr Olive Chisana led us in signing the health compact,” Ramaphosa said, adding that even those in the private sector had supported the idea.