Sars to sign agreement with prosecutors for over 1,000 tax cases

'Despite the challenges, the rebuilding of Sars has begun,' says Edward Kieswetter. 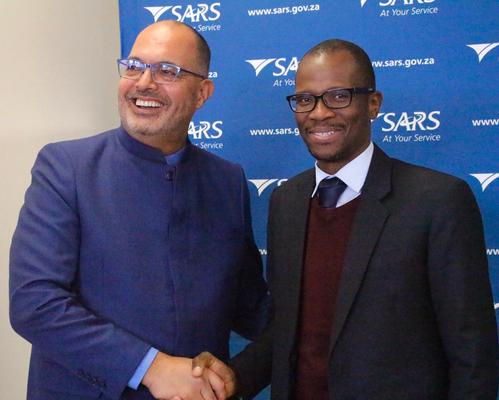 The South African Revenue Service (Sars) is in the process of signing a memorandum of understanding with the National Prosecuting Authority as it seeks to ramp up the process of ridding the institution of corruption, said the tax agency’s commissioner Edward Kieswetter on Monday.

Addressing the 2019 Tax Indaba in Sandton, Johannesburg, Kieswetter said there were 1,177 tax-related cases awaiting prosecution and “the list continues to grow”.

He said a specialised SARS unit would also be working with other law enforcement agencies such as the Special Investigating Unit.

Since taking office on May 1, Kieswetter has vowed to clean up a tax service crippled by maladministration, which has caused revenue collection and tax morale to drop. He took over from the agency’s interim commission Mark Kingon, the successor to Tom Moyane who was fired in November 2018.

Kieswetter has been forthright about the challenges facing the agency, including a skills flight in a key revenue collection unit. In his address on Monday, he told delegates that the agency’s Large Business Centre unit’s power was clipped during Moyane’s tenure and had lost 140 people with critical skills since 2014.

Sars has revived the unit which is responsible for collecting revenue from large corporate companies. Kieswetter admitted that the agency experienced a “woeful” period between 2014 and 2018 and had been caught up in the project of state capture.

“Despite the challenges, the rebuilding of Sars has begun,” he said.

Last month, Sars put three key executives on precautionary suspension, part of a review of the whole agency’s leadership in response to the final report of the commission of inquiry into tax administration and governance by Sars, which was given to President Cyril Ramaphosa in December 2018.

“I can confirm everything that has been reported by the Nugent commission… the situation is worse on the ground,” Kieswetter said on Monday.