New 0% drunk-driving law: This is how it will affect your car insurance

If you break the law by driving with alcohol in your blood, your insurer will have no obligation to meet your claim. 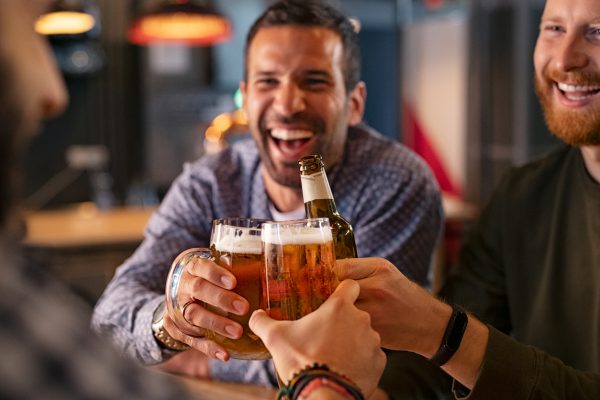 While many South Africans are looking forward to having a beer after work before going home when the alcohol ban is lifted, it seems that they will not be able to do that in any way when the country’s strict new drunk-driving laws are passed later this year.

After the new zero-tolerance law comes into operation in June, your insurer will also not take kindly to any mishaps or accidents involving your car and a driver who has even just a trace amount of alcohol in his system.

Transport Minister Fikile Mbalula said the National Road Traffic Amendment Act would prohibit any use and consumption of alcohol by all motor vehicle drivers on South African public roads. At the moment, you can still get away with a blood-alcohol level under 0.05g per 100ml but the zero-tolerance approach means that the legal blood-alcohol limit for drivers is 0%.

“This has serious implications for South African drivers. If you are involved in an accident after having even a single drink, you will not just find yourself on the wrong side of the law, but it can also have a major impact on your insurance,” said Wynand van Vuuren, King Price’s customer experience partner.

Right to refuse to pay

He said insurers had the right to refuse to pay accident claims if the driver’s blood alcohol level was over the legal limit, with this clause included in almost every car insurance policy in SA. Previously, it was difficult to determine whether people were over the legal limit and if their driving ability was in fact impaired. The new zero-tolerance approach removes this grey area.

If you break the law by driving with alcohol in your blood, your insurer will have no obligation to meet your claim. It is also likely that your premium will increase significantly, as you will be considered a higher risk.

Van Vuuren said in a worst-case scenario, your current insurer could cancel your policy if you were convicted of drunk driving or had your licence endorsed or suspended. You would then find it difficult to get car insurance at all in the future.

Although the new law would potentially reduce the number of accidents caused by drunken driving, it would not immediately affect premiums, Van Vuuren said. “However, if we see fewer accidents due to fewer drunken driving incidents in the longer term, we may see premiums coming down due to lower claims costs for insurers.”

Existing polices will not be altered, as most policies already stipulate that drivers must abide by the law, which will change in June when the 0% legal blood alcohol limit comes into effect.

Marius Neethling, manager of personal lines underwriting at Santam, said Santam also discouraged any level of drunk driving. “Our policy is clear: if policyholders are using the vehicle while under the influence of intoxicating liquor or drugs, or their blood or breath alcohol concentration exceeds the legal limit, they are not covered by the policy for any vehicle accidents that occur.”

Natasha Kawulesar, head of client relations at Outsurance, pointed out that many insurance policies did not cover incidents that occurred where the driver of the vehicle was under the influence of alcohol. Outsurance’s short-term insurance was one of them.

“The new law places a much stricter onus on consumers to ensure that, if they are enjoying an alcoholic beverage, they have arranged for an alternate driver who has, of course, abstained from drinking alcohol.”

She says the result of fewer people drinking and driving should result in reduced accidents and as a result reduced claims which will allow not only for cheaper insurance premiums, but also a safer South Africa.

Christelle Coleman, Old Mutual Insure spokesperson, said while having even one drink and getting behind the wheel holds the possibility of real jail once the new legislation takes effect that one drink will also see drivers’ insurance claims rejected.

Anneli Retief, head of Dialdirect says the implication for drivers is that cover is excluded if the driver of a vehicle has an accident while under the influence of alcohol or drugs, or while the percentage of alcohol in the driver’s blood exceeds the legal limit, or when the driver fails a breathalyser test.

ALSO READ: 1448 died on SA’s roads during the festive season

Anton Ossip, chief executive of Discovery Insure, says the new law is in line with its zero-tolerance approach to drunk driving. “The law surrounding driving under the influence of alcohol or drugs has not changed, only the tolerance level allowed by the authorities has. Any driver who has a measurable % of alcohol in his or her system will be breaking the law.”

He said any law that saved lives and lessened injury and damage, should be welcomed.

The World Health Organization (WHO) estimates that of all the accidents that occur on South African roads, 58% are attributed to alcohol abuse. According to Arrive Alive, research indicates that 50% of people who die on our roads have a blood alcohol concentration above 0.05g per 100 ml, which is currently the legal limit.